Demonstrators gather in capital Algiers amid a wave of anti-corruption investigations launched by the army after protests ended the rule of former president Abdelaziz Bouteflika.

Hundreds of Algerian protesters gathered on Friday in the capital despite a spate of arrests ahead of the latest weekly rally since the April 2 resignation of longtime president Abdelaziz Bouteflika.

The demonstrators in central Algiers brandished the Algerian flag that has been a mainstay of the protests but some also carried the Berber colours despite a ban on the minority's flag imposed this week by army chief General Ahmed Gaid Salah, Algeria's strongman since Bouteflika's ouster.

"No to regionalism, we are all brothers," the protesters chanted.

Police earlier detained dozens of demonstrators, especially those carrying the Berber colours, from around the capital's main post office which has been the epicentre of demonstrations since they first broke out in February.

On previous Fridays since the fall of Bouteflika, those detained have been released at the end of the day.

Algerians have been holding massive protests since  Bouteflika announced plans to seek a fifth term in office.

The veteran leader resigned as the pressure against him to quit mounted from all sides, only hours after close ally Gaid Salah demanded impeachment proceedings against him.

Although the army chief has ordered a wave of anti-corruption investigations, demonstrators have kept up calls for his departure along with the entire regime that surrounded Bouteflika.

Two former prime ministers last week joined a long list of prominent politicians and businessmen who have been detained as part of the investigations into corruption. 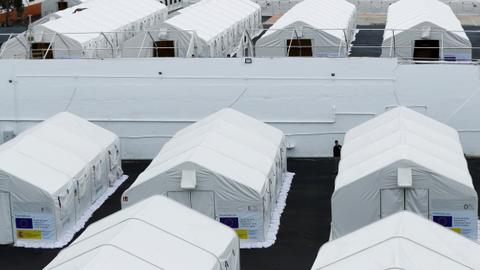 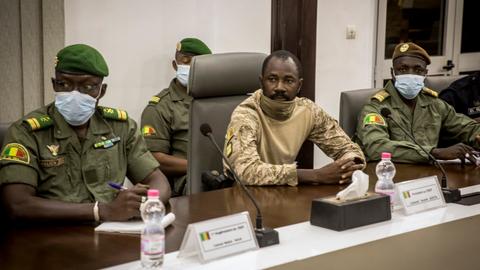