The failed break-in at Laikipia, where the British army trains about 10,000 troops a year, was captured on a security camera. Three men were subsequently arrested on Sunday.

Kenyan police arrested three men suspected of trying to break into a British army camp in Laikipia in central Kenya on the same day Somali insurgents attacked another base used by US and Kenyan forces, according to a police report.

The failed break-in at Laikipia, where the British army trains about 10,000 troops a year, was captured on a security camera. Three men were subsequently arrested at about 1400 GMT on Sunday and are being questioned by anti-terrorism officers, the police report said.

It's not clear whether the attempt to break into the British base was connected to the attack on the base in Manda Bay that killed three Americans. Somali militant group Al Shabab claimed responsibility for the attack early on Sunday and posted pictures of fighters posing next to planes in flames.

The deadly attack came only days after the United States said it was tightening security at its bases following threats from Iran to retaliate for a US air strike that killed its most prominent military commander.

Al Shabab contacted media organisations to stress that Sunday's attack was not connected to Iran.

"This Kenya attack has no connection with the Middle East attack. It is a fight between us and the US," said Abdiasis Abu Musab, Al Shabab's spokesman for military operations.

The militant group, which wants to oust Somalia's UN-backed government, is now seeking to broaden its regional reach and reaffirm ties with Al Qaeda, which it first pledged allegiance to in 2012, analysts said on Monday.

Al Shabab has been recruiting Kenyans and other East Africans in a bid to launch more attacks beyond Somali borders, said Matt Bryden, the founder of Nairobi-based think-tank Sahan Research.

"We heard chatter three months ago that Al Shabab was planning intensive cross-border operations and had identified commanders to lead those operations," Bryden said.

Al Shabab used the phrase "Jerusalem will never be Judaized" when announcing Sunday's attack on the Simba base in Lamu on the Indian Ocean coast and during an attack a year ago on the upscale Riverside hotel and office complex in Nairobi.

"That is likely a signal of continuing loyalty to Al Qaeda," said Bryden.

Photographs circulating among security specialists showed five dead men in fatigues with military-standard boots sprawled on a concrete slab next to the insurgency's trademark black flag and an assortment of weapons that included grenades and a machine-gun.

The attackers managed to damage six planes and breach the perimeter of the base before being repulsed, US Africa Command said in a statement late on Sunday. They killed a US serviceman, two American contractors and wounded two Americans working for the Department of Defense, the statement said.

The Kenyan military does not typically release details of its casualties. 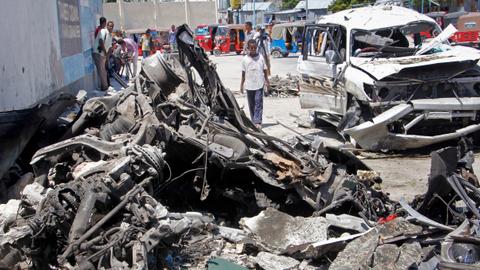 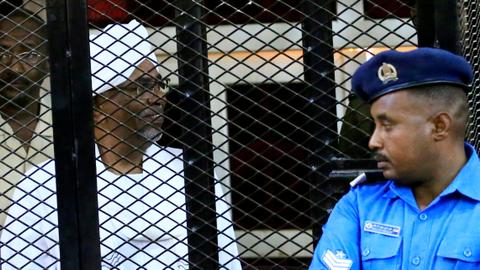 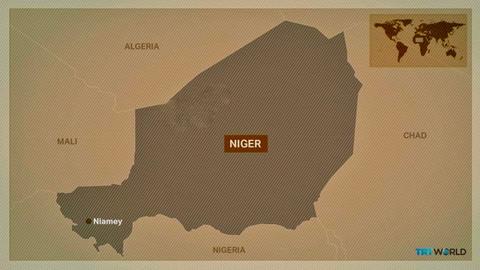