The UN envoy for Libya on Friday said three days of political talks in Geneva, as part of the peace process to get a ceasefire in the conflict-ridden country, ended without any result.

The talks that began on February 26 only managed to plan an agenda and terms of reference for the next round of talks with no concrete steps toward a ceasefire, said Ghassan Salame, the special representative of the UN Support Mission in Libya (UNSMIL).

"There have been serious violations of the conflict agreement in the country in the past 24 hours," Salame said, noting the airport in Tripoli had been bombarded and that many parts of the capital were bombed.

He said he was "surprised" when on the first day of talks, six of the 13 representatives of the Hight State Council left for Libya saying they were asked to do so.

Salame said he would invite the parties to Geneva for a second-round next month and try to find out why they had suddenly left.

The political talks followed the completion of a second round of the UN-sponsored Joint Military Commission (JMC) talks on Libya between the warring sides.

The UN envoy stressed that finding solutions to the Libyan crisis hangs on the continuation of "military, economic and political" negotiations on three different but parallel tracks.

"Therefore, I invite all parties to respect the conflict agreement reached on 12 January," said the UN envoy.

Since the ouster of late ruler Muammar Gaddafi in 2011, two seats of power have emerged in Libya: Haftar in eastern Libya supported mainly by Egypt and the United Arab Emirates, and GNA in Tripoli, which enjoys UN and international recognition.

Libya's legitimate government has been under attack by Haftar's forces since last April, and more than 1,000 people have been killed in the violence. 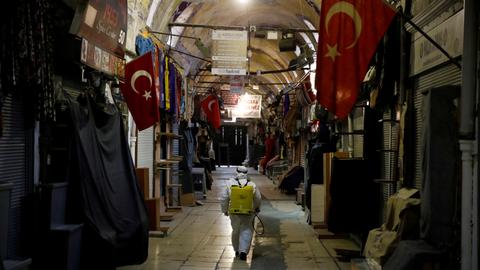