Officials of Transitional Military Council say they're willing to discuss political future of the country with opposition provided there are no further protests.

Sudan's military rulers said on Tuesday they were ready to negotiate with the opposition over the political future of the country but there should be no further unrest, a reference to protests disrupting trains and bridges.

Opposition groups and protesters have been pressing the Transitional Military Council (TMC) to speed up the move to civilian rule since the army ousted former president Omar al Bashir on April 11.

"We are ready to negotiate but no chaos after today," said the TMC's deputy head Mohamed Hamdan Dagalo, who goes by the nickname Hemedti.

"We told them, continue with the sit-in, but the train is connected to delivering fuel," he added.

The main organisers of the protests – the Sudanese Professionals Association – called on Monday for civil disobedience and a general strike as meetings with the TMC failed to provide any breakthrough on the creation of a joint civilian-military transitional council.

But the two sides are at odds over its composition, with the military pushing for a 10-member council including seven military representatives and three civilians.

Risking the anger of demonstrators, a top general announced on Tuesday that the new body would be headed by current military ruler General Abdel Fattah al Burhan.

Protesters have called the military council headed by Burhan "a copy cat of the toppled regime."

They want a majority of civilians on a 15-member joint council along with seven military representatives.

'We are part of the revolution'

At a press conference on Tuesday, the military said it would not disperse a protest sit-in that has been taking place outside the defence ministry since April 6.

The sit-in, the culmination of months of demonstrations against Bashir's three-decade rule, carried on after the army removed him from power, as protesters demanded civilian rule.

"We have no interest in dispersing the sit-in but it's in the interest of the Sudanese people to open the roads," said Lieutenant General Salah Abdelkhalek, a TMC member.

He also distanced the TMC from the previous government.

During the press conference, the TMC also said it had accepted the resignations of three TMC members.

The SPA had demanded that the three be dismissed over their alleged role in a crackdown that killed dozens of protesters. 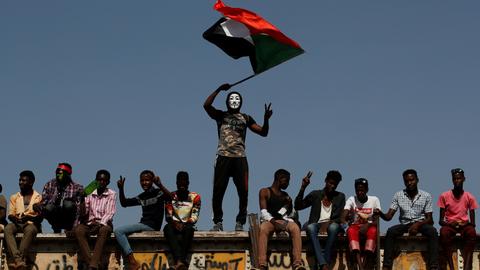 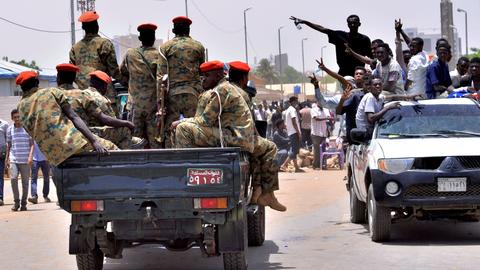 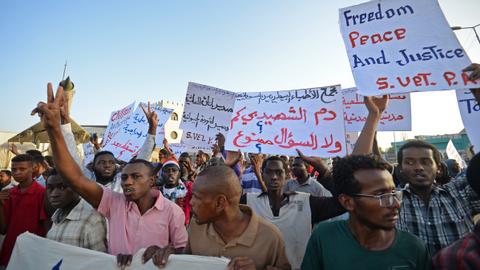