As inauguration day approaches, people who live on the streets of the nation's capital wait, watch and worry about the risk of social and healthcare cuts.

WASHINGTON DC — Washington DC may have become a boomtown over the last two decades, but the city's homeless are always present.

On January 20, the real-estate mogul Donald Trump, a president-elect who has packed his cabinet with people "who have made a fortune," will take office, occupying the White House just blocks away from people who try to survive outside on pennies a day. Some approach his presidency with resignation, hoping for the best; others view it with open fear.

"I don't like the smirk he has on his face. He thinks he's better than everybody else," she added.

Michael, 37, who didn't want to give his last name, echoed Gamble's view.

"Donald Trump shouldn't be president," he said. "People are going to get so desperate. It's going to start a riot."

For the homeless in DC worried by Trump's rise to power, potential cuts to medical and housing benefits concern them the most. Housing assistance and transitional housing programmes matter to the homeless because many remain on long waitlists for placement in affordable housing. One bedroom apartments in DC usually rent for about $2,000 a month.

"What would you tell Trump if you could?" TRT World 's reporter asked them.

"Don't forget the 99 percent," said David Young, 44, referring to a term used in recent years by Occupy Wall Street activists and left-wing politicians like Bernie Sanders to mean everyone but the wealthiest one percent of the population in an age of rising inequality.

Young spoke to TRT World outside of a Starbucks in Dupont Circle, a neighbourhood where townhouses sell for millions of dollars. The office buildings surrounding the circle are home to non-profit organisations and think tanks, many of which work to alleviate poverty and social ills.

But their good intentions don't keep Young and his friends warm on a dreary January day in DC, where rain at close to ice-cold temperatures spat down from the sky. Young held a sign up that read "Anything helps," appealing to passers by.

Trump's fellow Republicans in Congress and his nominee for healthcare czar, Rep. Tom Price, have vowed to take an axe to the social safety net that President Barack Obama stretched out over the last eight years. The Affordable Care Act, or "Obamacare," has frayed under the weight of the public's need for care and the strain of insurance companies' profit motive, causing out-of-pocket costs to rise. Trump promised to "repeal and replace" the Act, but neither the president-elect nor the Republicans have been able to describe what the replacement might look like.

The homeless in DC, like millions of other Americans, rely on social welfare to survive, but the homeless are particularly vulnerable, and sometimes have health conditions that prevent them from finding or keeping jobs that would provide private healthcare benefits.

Many rely on a trickle of social security money and Medicaid, the name of the American public health care programme meant for the country's poorest citizens. It existed before Obamacare, but one of the more successful parts of the ACA sidestepped insurers entirely, and functioned more like a European public health system. Obamacare made it easier for poor people to qualify for the benefit.

Obama admitted recently that he'd have preferred to widen access to a single-payer system, but lamented that politics stood in the way.

"If I was starting from scratch I would have supported a single-payer system, because it's easier for people to understand and manage," Obama told Vox on January 6.

Trump on Saturday said that his repealing and replacing of Obamacare would end up with "Insurance for all," but was light on details except saying that "I don't want single-payer." He added that Americans would be "beautifully covered".

When it comes to their health insurance, the only certainty for people like Gamble is uncertainty.

"What would you do without Medicaid?" our reporter asked Gamble.

"I don't know. I would go crazier," Gamble said, her face in a tight frown. She isn't exaggerating; she takes medication to control schizoaffective disorder. Medicaid pays for her treatment. She also suffers lingering injuries from a knife attack several years ago.

Gamble was sitting on Sunday outside Union Station, in sight of the US Capitol, where politicians and lobbyists make a living discussing the fate of people like her. On a workday, staffers who work in congressional office buildings would be hustling past homeless people panhandling near the entrance to the Metro, eyes down and fingers set on smartphones. A Sunday falling in the middle of a three day weekend — Monday was a federal holiday marking Martin Luther King Jr.'s birth — was quiet.

It was also a day when Chris Hasara, a charity worker and mental health counsellor, came with two friends to hand out long underwear, water bottles, snacks and, if desired, copies of the Bible, to homeless people around Union Station. Some people recognised him from previous visits.

The overlooked feeling Gamble gets from Trump is something that pervades the homeless community in DC, Hasara said. Trump not caring about them is just more of the same.

"They feel forgotten. Nobody cares about them and they're on their own," he said.

For the city's most vulnerable, politics takes a back seat to survival. 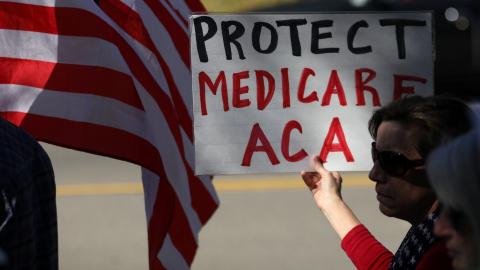 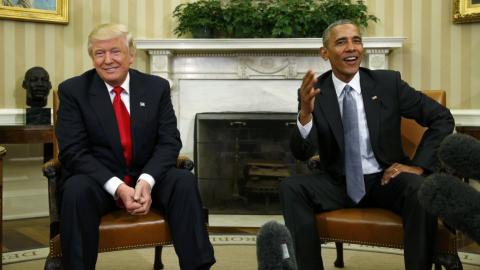