Former Brazilian lawmaker Rodrigo Rocha Loures, a close aide and friend of President Michel Temer, was arrested in a corruption investigation that also targets the president.

A close adviser to Brazil's President Michel Temer was arrested in Brasilia on Saturday, police said, in the latest move in a corruption case that threatens to bring down his government.

Police filmed the aide, Rodrigo Rocha Loures, in March running from a Sao Paulo pizza restaurant parking lot to a taxi with a black suitcase containing 500,000 reais, about $152,500.

The judge who ordered Loures' incarceration is leading the Supreme Court's investigation into a sprawling pay-for-play corruption case at state oil giant Petrobras that already has swept up many in Brazil's political and business elite.

The corruption case now threatens to bring down Temer, who is fighting calls for his impeachment as prosecutors build a corruption and obstruction of justice case against him.

The president was drawn into the scandal last month with the release of an audio recording secretly made by an owner of the world's largest meatpacking company, Joesley Batista, at a late night March 7 meeting with Temer at his residence.

In the recording, which Temer says has been tampered with, the president allegedly gives the OK for payments to buy the silence of a politician imprisoned in the Petrobras scandal, Eduardo Cunha, the former speaker of the lower house.

Batista turned over the audio recording to prosecutors, and said Temer had designated Loures to receive bribes in return for favours to the company.

Shortly after the Temer-Batista meeting, police filmed Loures with the bag full of money, which allegedly came from a contact at Batista's JBS meatpacking company.

The scene has been played repeatedly on Brazilian television.

Temer has staunchly defended Loures and did so again in an interview published Saturday in the Veja news magazine.

Loures may have been "the victim of a trap," Temer said, describing the former congressman as "a very intelligent person, very capable, of a very prestigious family ... who doesn't need money. He truly was a trusted adviser." 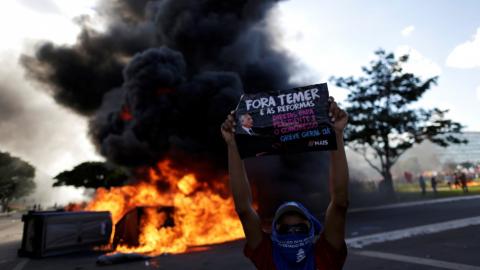 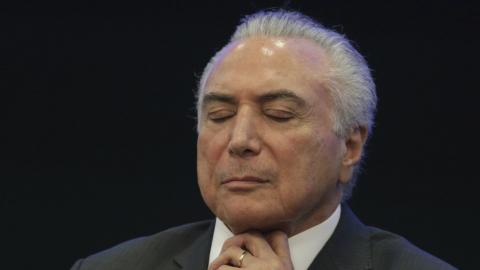