1
Joe Biden calls for unity and restoration during first speech as president
2
‘We’ll be back’: Donald Trump hints at comeback as he leaves White House
3
Will Biden continue Trump’s transactional Middle East policy?
4
Guatemala returns thousands of migrants to Honduras
5
Trump expected to issue flurry of pardons on last day in office

US President-elect Joe Biden signals a hardening line against Donald Trump as he says: "The people of this nation and the laws of the land won't stand for anything else."

President-elect Joe Biden has said that Americans "won't stand" for attempts to derail the US election outcome, but Donald Trump doubled down on his unprecedented refusal to concede defeat and called for the results to be overturned.

In a speech on the eve of the Thanksgiving holiday on Wednesday, Biden said in his hometown Delaware that Americans "have full and fair and free elections, and then we honor the results."

"The people of this nation and the laws of the land won't stand for anything else," he said.

The Democrat's statement signaled a hardening line against Trump who for more than three weeks has been touting conspiracy theories, with no meaningful evidence, that Biden stole victory on November 3.

Trump dug his heels in, though.

"We have to turn the election over," he told Republican supporters in Pennsylvania.

"This election was rigged," Trump said via telephone, repeating several claims of vote tampering that have been shot down in courtrooms across the country. Trump said "all we need is to have some judge listen to it properly."

Trump had been due earlier to appear in person at the Republican meeting, which took place near the Civil War battlefield site of Gettysburg. He canceled at the last minute.

It was in fact held in a hotel in the small town and, rather than an official hearing, was merely a forum for Trump's ardent supporters to push his evidence-free claims.

Biden won Pennsylvania by a margin of 80,000 votes on November 3, helping him assemble a convincing nationwide victory and making Trump a one-term president.

Trump, who tore up countless norms during his four years in power, is carving out new territory with his refusal to concede to Biden.

Supporters suggest he is already eying an announcement of running for president again in 2024.

Building his brand ahead of a new campaign might be one explanation for the real estate tycoon's dogged pursuit of such a lost cause.

Giuliani and other Trump lawyers have seen baseless challenges to the vote counts rejected by courts across the country. The legal team's allegations are routinely filled with exaggerations and sometimes glaringly inaccurate claims.

Addressing the Republican group in Pennsylvania, Giuliani for example stated that Trump and Biden had been "separated by one percent" in the state of Virginia and that Trump "may actually have won." In fact, Biden won there by a margin of 10 percent.

And while Trump is alleging – among other conspiracy theories – that voting machines deliberately deleted millions of his votes, the government election security agency declared this "the most secure" election in US history.

After coming under pressure from a slowly building trickle of senior Republicans, Trump on Monday ended his blockade of government assistance to ease Biden's preparation for assuming the presidency on January 20.

'Not heard anything from President Trump'

But Trump has yet to take even the simplest steps in normal post-election protocol, starting with a phone call to Biden.

"No, I have not heard anything from President Trump," Biden told NBC News.

Given Trump's threats before the election not to recognise the results, Biden told NBC he is "not surprised by the response of the president."

Since the election, Trump has largely disappeared from his usual work schedule and has not once taken questions from journalists.

However, adding to the sense that he is focused on preparing his next political act, he continues to raise money from supporters contributing to an "Official Election Defense Fund."

Much of that money does not go to the lawyers promoting his fraud allegations but is instead being funnelled into paying off 2020 campaign debts and building a future war chest with Trump's political action committee.

Kate Bedingfield, a Biden spokeswoman, said the outgoing president was now the last person to accept the reality of the election.

"Virtually everyone on Earth has accepted that truth except for Donald Trump and Rudy Giuliani," she said. 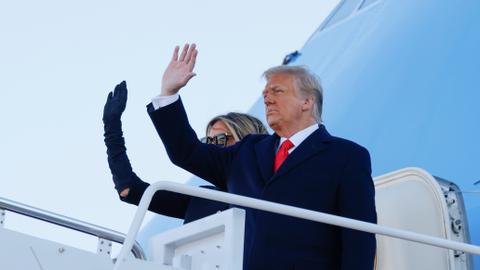 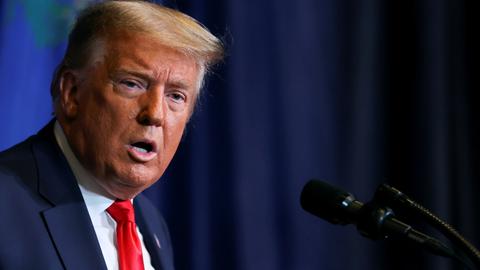 Trump pardons Bannon, offers no preemptive clemency for himself or family

1
Joe Biden calls for unity and restoration during first speech as president
2
‘We’ll be back’: Donald Trump hints at comeback as he leaves White House
3
Will Biden continue Trump’s transactional Middle East policy?
4
Guatemala returns thousands of migrants to Honduras
5
Trump expected to issue flurry of pardons on last day in office