Colombia is in a political limbo after the government's peace accord with FARC rebels was rejected by voters in a referendum.

Colombian President Juan Manuel Santos will visit Northern Ireland next month to learn about its peace process which might help him end his country's conflict with Revolutionary Armed Forces of Colombia (FARC), the Colombian embassy said on Thursday.

Santos won this year's Nobel Peace Prize for the peace deal he has signed with FARC rebels to end the five-decade conflict in which at least 220,000 people have died.

However, he is struggling to implement the deal as Colombians rejected it in a referendum this month.

The embassy said that Santos' visit is due to Northern Ireland's "importance as a model of peace and reconciliation."

The conflict began in 1968 when the Catholic community stepped up a campaign for equal rights and the end of discrimination by the unionist government.

It largely ended with the Good Friday peace agreement in 1998. In this time period, more than 3,500 people died.

The Colombian leader will meet officials and local residents in Belfast to discuss peace and reconciliation. His Northern Ireland visit is part of a state visit to the United Kingdom at the invitation of Queen Elizabeth II.

Santos is seeking a solution to the political fallout emerged after the accord's rejection. He has held marathon talks with religious leaders and politicians including the country's former president Alvaro Uribe who led the "No" campaign.

Earlier this month, Santos had extended the army's ceasefire with FARC rebels to December 31 if no solution to the impasse was found by then.

The FARC had criticised his deadline but has confirmed its willingness to continue negotiations and maintain a two-sided ceasefire. 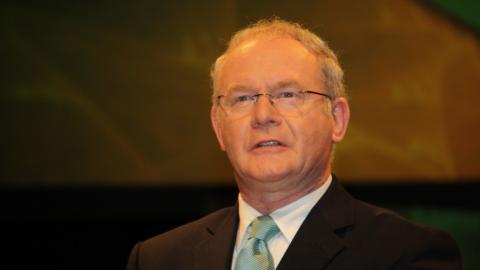