As the president rallies North Carolina to vote for Hillary Clinton on November 8, a hate crime investigation has been opened after a black church in Mississippi was set on fire and emblazoned with pro-Trump slogans.

US President Barack Obama warned American voters on Wednesday the country's fate is in their hands as Hillary Clinton and Donald Trump's White House battle went down to the wire.

With six days until the US presidential election, the world watched as a surge in support for Clinton's 70-year-old Republican rival delighted America's foes, made its allies queasy and spooked financial markets. A renewed FBI scrutiny of Clinton's use of a private email server as secretary of state has helped mobilise Trump's raucous fan base and underlined public doubts about the Democrat's trustworthiness.

"If Hillary wins North Carolina, she wins," @POTUS tells NC rally. "That's why I said the fate of the Republic rests on you."

"You have a chance to shape history - what an amazing thing that is!" Obama was quoted by the Guardian as saying at Chapel Hill, North Carolina. "If Hillary wins North Carolina, she wins," said the president to a crowd of over 16,000 supporters.

"The fate of the republic rests on your shoulders," the US president warned voters in North Carolina, one of a handful of swing states where the tight race will be decided.

"The fate of the world is teetering and you, North Carolina, are going to have to make sure that we push it in the right direction," he declared, rallying support for the Democrat Clinton to become his successor.

Obama goes after Republicans for trying to suppress the vote, especially among African Americans, in North Carolina.

"This guy is temperamentally unfit to be Commander-in-Chief and hes not equipped to be president. @POTUS on Trump in North Carolina

Earlier on NowThisNews, Obama criticised the FBI for "operating on innuendo," a reference to the vague letter sent by the Bureau to lawmakers about Clinton's private server. Reiterating his confidence in Clinton, he said she had made an "honest mistake".

On Tuesday, Americans will choose between an elaborately-coiffed populist from the world of reality television and a scandal-tainted Democrat vying to be America's first female president.

The Trump-Clinton choice has left many US voters cold and polling numbers volatile, making it hard to predict who has a lock on the key states that will decide who wins the electoral college.

Trump has been hit by scandals that would have sunk a less brazen showman: accused of sexual assault, of not paying taxes and of ties to Russia's Vladimir Putin and the mob.

"With less than a week to go, market opinion is coming to the conclusion that a Trump win would create too much uncertainty and is bad for risk sentiment generally," said Kit Juckes, analyst at Societe Generale.

US stocks followed the rest of the world's markets. Earlier major markets in Asia and Europe had tumbled more than one percent.

The dollar continued to slip against the euro, losing 0.3 percent from Tuesday to $1.1093. The Mexican peso—sensitive to Trump's threat to build a wall on the country's US border—lost one percent.

This week, US Secretary of State John Kerry admitted the campaign has been "downright embarrassing" as he deals with America's friends and foes abroad, and the latter were in full voice Wednesday.

Iran's supreme leader Ayatollah Ali Khamenei—whose regime survives by painting America as a comic-book foe—crowed that the "catastrophic reality" of the two candidates "goes beyond what even we were saying."

In Britain, a giant effigy of Trump wielding the head of his rival Clinton was to be burned during traditional November 5 bonfire night celebrations.

Arson in the run-up to election day

As the candidates and their proxies take the fight for the White House to key states such as Ohio, North Carolina or Florida, an arson and hate crime investigation was opened on Wednesday into a blaze at a historically black church in Mississippi. Pro-Trump graffiti was spray-painted on the exterior.

The Hopewell Missionary Baptist Church in Greenville, a city of 35,000 people, was set on fire Tuesday night. The church sustained heat and smoke damage.

"The church was vandalised with the words 'Vote Trump' on the side," said mayor Errick Simmons at a press conference, describing the blaze as "a hateful and cowardly act."

Kristen Clarke, president and executive director of the Lawyers' Committee for Civil Rights Under Law, described the church as "a cornerstone of this majority-Black community located in the heart of the Mississippi Delta."

She also expressed concern that the church was vandalised so close to the November 8 presidential election. 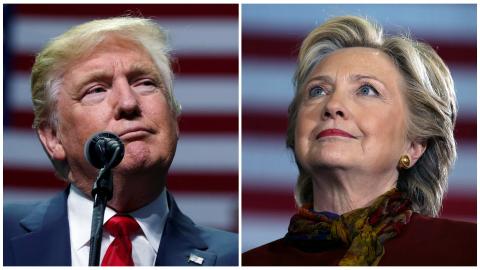 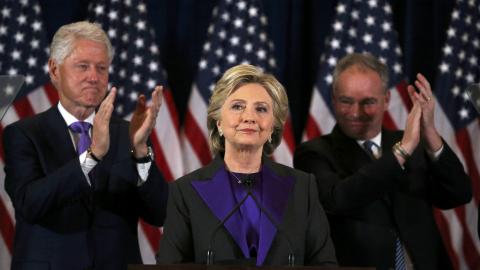 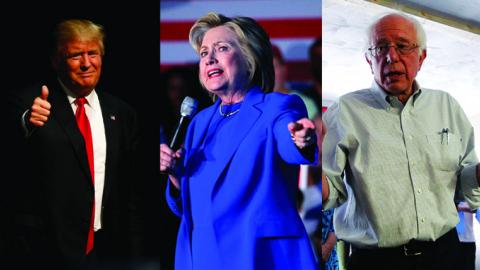 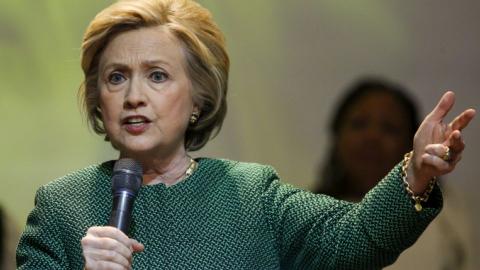