As President Donald Trump assumes office, his administration is set to inherit a range of problems that will put the US's Middle East policy to the test.

Here are five major issues that he will have to deal with immediately:

Israelis and Palestinians were unable to achieve a two-state solution during Barack Obama's two terms as US president. The peace talks have stalled after collapsing nearly three years ago.

Two wars in the Gaza Strip, continued construction of illegal Jewish settlements in the Israeli-occupied West Bank, violent clashes in the Al Aqsa compound, and a spike in tit-for-tat attacks have marred the peace process.

US-Israeli relations also hit an all-time low when the Obama administration struck a deal with Iran to end economic sanctions on Tehran in return for Iran curbing its nuclear ambitions.

But Trump, who during pre-election campaigning described himself as "Israel's best friend," intends to fix this. He has already initiated a controversial plan to shift the US embassy in Israel from Tel Aviv, the internationally-accepted capital of the Jewish state, to Jerusalem. While Israel considers Jerusalem to be its real capital, Palestinians want to establish their own capital in Israeli-annexed East Jerusalem.

Israeli authorities announced the resumption of settlement-building in East Jerusalem immediately after Trump took office, saying they had been given the green light from Prime Minister Benjamin Netanyahu after Obama's departure. The announcement came as Trump and Netanyahu had a "very warm" telephone conversation in which they scheduled a meeting for sometime in February. This development could be the most concrete indication so far of how Trump's relationship with Israel and Palestine might evolve.

President Trump has made no secret of his opposition to the P5+1 deal that was struck between Iran and six global powers – UN Security Council members China, France, Russia, the United Kingdom and the United States, plus Germany – in 2015.

The deal sought to prevent Iran from developing nuclear weapons and ensure that its nuclear programme is only used for peaceful purposes. It also opened the way for sanctions to be removed from Iran, allowing Western nations previously forbidden from dealing with Tehran to finally explore a range of new economic possibilities, including the prospect of importing Iranian gas.

But the deal angered a number of US allies, namely Saudi Arabia and Israel, both of whom consider Iran hostile to their national interests and security. A popular movement led by Republicans in the US Congress also rejected the deal.

Trump, throughout his campaign, consistently referred to the agreement as the "worst deal ever negotiated."

One of the flash points of Obama's eight years in office was the Arab Spring, which kicked off in late 2010. A sweeping air of revolt saw decades-old autocratic regimes toppled in Tunisia, Egypt, Libya and Yemen.

The US supported the popular uprisings, even against its partners in the war against terror. American troops even participated in a NATO intervention that led to the downfall, capture and lynching of former Libyan strongman Muammar Gaddafi in late 2011.

But US-backed opposition fighters in Syria have enjoyed no such success story. The US did threaten to intervene against Syrian autocrat Bashar al Assad after his regime forces allegedly used chemical weapons in a rebel-held enclave in a Damascus suburb, but Russian support for the regime has largely averted any direct outside interference on behalf of the rebels.

Despite admitting that he "did not like [Assad] at all," Trump has said that the main agenda in Syria is fighting Daesh. "Now we're backing rebels against Syria, and we have no idea who those people are," Trump said in November, indicating that he may cut off US support for the rebels.

Although Trump stopped short of expressing support for Assad, he has expressed regret over the US intervention that led to the toppling of former autocrat leaders, including Libya's Gaddafi and Iraq's Saddam Hussein.

Conflicts in Syria and Iraq left a huge power vacuum for Daesh to claim territory and influence in the region. Daesh seized Syria's oil-rich city of Raqqa in 2013 before taking control of Mosul, Iraq's second biggest city, in mid-2014. The group broke through the Sykes-Picot border dividing the two countries and declared a so-called "caliphate."

This prompted the US to form an international coalition to fight Daesh. US-led air strikes on Daesh positions stifled the group's rapid expansion, allowing forces on the ground to push them out of towns and villages.

But as Daesh continues to lose territory, the group has expanded its operations and adopted new tactics in the form of terror attacks often carried out by lone wolf operatives around the world.

While vowing a new non-interventionist approach in US foreign policy, Trump has underlined the importance of defeating Daesh, which still controls its de facto capital Raqqa and its Iraqi stronghold Mosul. How Trump intends to defeat Daesh while pursuing a non-interventionist policy remains a question yet to be answered.

As the Daesh threat subsides, a question over how the borders of Middle East will be drawn out after the group is defeated has been raised.

In Syria, the US resorted to arming and aiding the PYD/YPG as a means of fighting Daesh on the ground. The group has been successful in removing Daesh from areas along northern Syria's border with Turkey, another US ally in the fight against Daesh.

But Turkey has condemned US policy on this matter. Turkey considers the PYD/YPG to be the Syrian branch of the PKK, which both Ankara and Washington list as a terrorist organisation.

Trump has thus far given away no hints on whether or not US support for the PYD/YPG will change under his presidency. However, right-wing online news portal Breitbart, whose head Steve Bannon was chosen to serve as Trump's chief strategist, has criticised the PYD/YPG for its persecution of Christians in Syria, while pointing out the group's Marxist background.

Ankara has also been pressing Washington to extradite Fethullah Gulen, a Pennsylvania-based cult leader who Turkey accuses of orchestrating a failed attempt to forcibly topple its democratically-elected government in July last year.

Trump's national security advisor Lt. Gen. Michael T. Flynn has called on the US to extradite Gulen, describing Turkey as "vital to US interests" and Washington's "strongest ally" against Daesh. 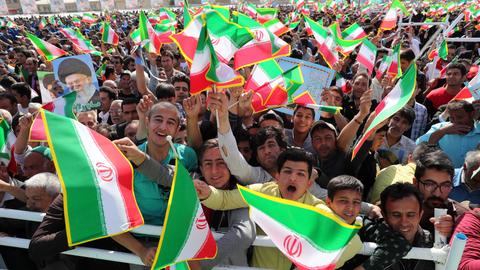 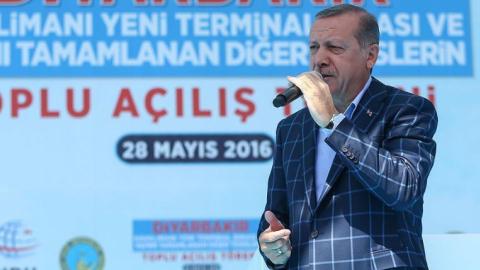 Erdogan slams US for its ''support'' of PYD 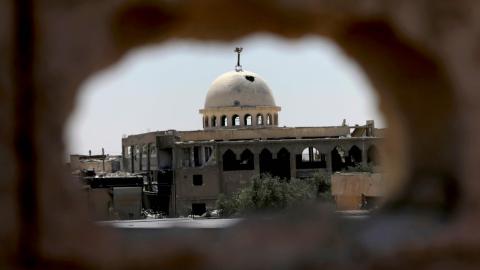