Militia leader Kevin Lyndel Massey once hunted migrants on the southern border, but now US federal authorities are hunting Massey, who they say is armed and dangerous.

The 53-year-old militiaman, who has allegedly threatened to resist any arrest attempt with violence, went on the run in May after a court issued an arrest warrant for violating his federal supervised release from prison.

“Basically we will follow leads wherever they are, whether across North Texas, across the state, or across the country,” Laura Dale, Deputy US Marshal for the Northern District of Texas, told TRT World.

“We are aware of that language and the type of rhetoric he’s involved in,” Dale said, adding that the US Marshals Service considers Massey an armed and dangerous fugitive.

Working with the Federal Bureau of Investigation (FBI), the Bureau of Alcohol, Tobacco, and Firearms (BATF), and the Texas Department of Public Safety (DPS), the US Marshals attempted to serve the warrant at Massey’s home in Quinlan, a small rural town in northeast Texas, but were unsuccessful.

On July 25, Hunt County Crime Stoppers in Texas issued a notice seeking information on Massey’s whereabouts and offered a $1,000 reward for tips that lead to the militiaman’s arrest.

A Facebook page belonging to Massey—now ostensibly operated by his supporters—vowed that he would die before going back to prison, stating: “KC is NOT going to allow himself to be kidnapped again. Death before dishonor![sic]”

Last year, the Southern Poverty Law Center watchdog group documented 216 active militia groups around the nation. Many of these groups are involved in patrols and other vigilante activities on the US-Mexico border.

The manhunt for Massey comes at a time when militia groups around the US are finding themselves ensnared in legal troubles.

In 2014, Massey and Rusty’s Regulators—also known as Rusty’s Rangers—set up Camp Lone Star near Brownsville, Texas, where they conducted patrols in search of migrants that had entered the country without documents.

On August 31, 2014, Massey and fellow militiaman John Frederick Foerster stumbled into a conflict with Border Patrol officers. As Foerster allegedly raised his weapon, a federal agent fired in their direction but missed both men.

Following that incident, agents searched Massey’s room and located a trove of weapons and bomb-making materials: three handguns and a rifle, 2,600 rounds of ammunition, ammonium nitrate and fuel.

Massey, who had a prior felony conviction, was charged with four counts of being a felon in possession of firearms. But authorities were unable to charge him in relation to the apparent bomb-making materials, which had not been assembled into an explosive device.

In January 2016, US District Judge Andrew Hanen sentenced Massey, who had a bench trial, to 41 months in federal prison.

While Massey was in prison, many militia groups and patriot outfits considered him a political prisoner jailed.

Convicted felon Kevin Massey is wanted by @USMarshalsHQ, @ATFDallas & @FBIDallas. Massey, convicted of firearms offenses in 2016, allegedly absconded from his supervised release and has threatened to "battle" with law enforcement. If you have info, pls call 1-800-336-0102. pic.twitter.com/yfEmiskDdk

Massey’s name popped up in a recorded phone call that an FBI special agent obtained from a Dropbox account. Later entered into court as evidence, that phone call included militiamen from the Operation Mutual Defense Advisory Board discussing breaking another militiaman out of jail.

While weighing the possibility of raiding a prison to free the another man—an act they ultimately decided against—the phone call participants described Massey as a political prisoner.

During a failed attempt to secure harsher punishment for Massey in 2015, one judge described him as having “called upon those who may share his misguided and misinformed views to take up arms in resistance against civilised laws enacted to protect the public”, the Dallas Morning News reported.

Since going on the run in May, Massey has attracted the support of several militia groups and websites around the country.

“KC and I are in contact several times a week and he is doing quite well, [and] he has not in any way left the patriot community or the fight to restore our Republic or Constitution to its rightful standing,” a pro-militia blogger called ‘Little Boots’ wrote on the Liberty or Death News blog.

“He is simply waiting quietly out of the reach of tyranny, praying for guidance on his next move so that he is able to [do] what he knows to be right,” Little Boots continued.

During the lead-up to the November 2018 midterm elections, US President Donald Trump drummed up fears of a supposed ‘invasion’ of migrants on the country’s southern frontier. Apparently fuelled by the president’s rhetoric, yet more militia groups flocked to the border.

In April, the United Constitutional Patriots border militia in New Mexico prompted widespread outcry after detaining hundreds of migrants and handing them over to Border Patrol.

After the FBI arrested the group’s leader, Larry Hopkins, on charges of firearms possession by a felon, court documents alleged that the group had been ‘training’ to assassinate former US President Barack Obama, former Democratic presidential candidate Hillary Clinton and billionaire philanthropist George Soros.

Earlier this month, a gunman shot dead 22 people in El Paso, Texas, a town on the US-Mexico border and home to a large Latino population. In an apparent manifesto, the gunman cited a supposed “Hispanic invasion of Texas” as his motivation. 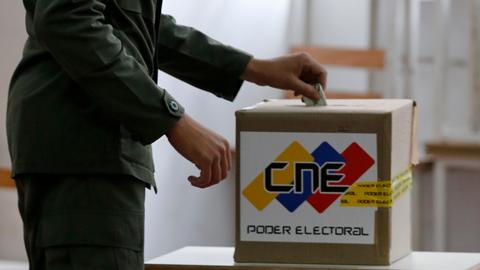