Three documentary filmmakers, arrested in Washington state and North Dakota, filmed activists who seek to shut down major oil pipelines from Canada to the United States.

A press freedom group on Thursday urged prosecutors in two US states to drop charges against three documentary filmmakers who were arrested while filming activists as they sought to shut down major oil pipelines from Canada to the US.

The Committee to Protect Journalists (CPJ) said Lindsey Grayzel, Carl Davis and Deia Schlosberg were acting as journalists, not protesters, when they were taken into custody at pipeline sites in Washington state and North Dakota.

"Recording civil disobedience and arrests is news-gathering, not conspiracy," Robert Mahoney, deputy executive director of the committee, said in a written statement.

"Prosecuting filmmakers for covering protests sends a chilling message. We call on authorities in North Dakota and Washington to drop these troubling charges and to stop interfering with journalists doing their jobs," Mahoney said.

Construction of the Dakota Access Pipeline has incited repeated clashes during the past few months. It has also drawn thousands of protestors from Native American tribes, along with environmentalists and other advocates.

The US federal government has twice asked the pipeline operators to voluntarily pause construction near the tribe's reservation while the authorities reconsider the project's route.

This reporter is being prosecuted for covering the North Dakota oil protests. For reference, I face a mere 30 years. https://t.co/GzMbwCVV40

A North Dakota judge earlier this week dismissed charges against journalist Amy Goodman, who was arrested while filming demonstrations there.

During the protests, activists broke into valve stations at five remote locations near the US-Canada border on October 10 to stop the flow of crude through arteries that pump about 15 percent of the oil consumed in the United States daily.

Companies operating the pipelines shut down their lines for five to seven hours as a safety measure before restarting them, according to Reuters estimates and company representatives.

The action underscored the vulnerability of the thousands of miles of pipeline in the United States that deliver energy to consumers.

The Standing Rock Dakota Access Pipeline protest embodies the global struggle for human rights and a world our children can live on. #NoDAPL

Protest group Climate Direct Action has said it acted in part to support the Standing Rock Sioux Tribe, which is protesting construction of the $3.7 billion Dakota Access pipeline carrying oil from North Dakota to the US Gulf Coast.

we must do everything in our power to protect our first amendment rights. https://t.co/bZIIAhP4AK

On October 9, actor Shailene Woodley and 26 other people were arrested on charges of trespassing and engaging in a riot at a demonstration against the Dakota Access Pipeline near St. Anthony, North Dakota.

Last week, singer Neil Young, actor Mark Ruffalo and other celebrities joined in calling for charges to be dropped against Schlosberg, producer of the 2016 documentary "How to Let Go of the World and Love All the Things Climate Can't Change

Schlosberg was charged along with activists Samuel Jessup and Michael Foster on Thursday with three counts of conspiracy, charges that carry a maximum penalty of 45 years in prison. 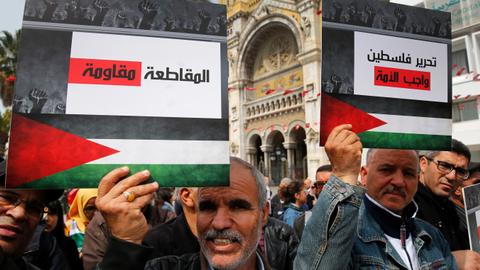