While trying to stop the spread of Zika-infested mosquitoes, officials in South Carolina killed millions of precious pollinating honeybees by blanketing the region with a powerful pesticide.

In the war against Zika-infested mosquitoes in the US state of South Carolina, Dorchester County officials have moved forward with an ambitious plan.

On Sunday morning, crop dusters blanketed parts of the county with a powerful pesticide called Naled in hopes of blocking the spread of the virus. Naled kills mosquitoes on contact, along with many other insects; bees, for example.

At a time when the global honeybee population is struggling, and our most precious pollinators are dying in record numbers, it seems that officials in Dorchester County inadvertently sentenced millions of local honeybees to death. The county's local population of pollinators is now that much smaller.

The usual method for releasing Naled involves trucks equipped with foggers, which are driven around areas prone to mosquito infestations. But in this case – for the first time in South Carolina's history – the Naled was sprayed from a plane, likely because officials considered the threat of Zika entering the country too great to be dealt with by normal means.

Although Naled is said not to be harmful to humans, Dorchester County issued a warning in a newspaper and via social media on Friday. Only two days later at 6:30am on Sunday morning, while most residents were safe in their homes, poison fell from the sky and the fate of the bees was sealed. Millions of honeybees were killed almost instantly.

At Flowertown Bee Farm, in the town of Summerville, 46 hives were lost at a single apiary. An estimated 2.5 million bees died there alone. Droves of their corpses littered the ground surrounding the normally busy hive boxes. The few surviving bees tended to their fallen. One beekeeper described the scene on Facebook as "visiting a cemetery, pure sadness." Another said the apiary, looks like it's been nuked."

The heat of summer meant the bees would have been assembling outside of their hives in an effort to stay cool that warm Sunday morning. That also meant minimal protection for the two hours in which the plane misted the area with Naled. Unfortunately for the bees, their keepers had failed to cover the hives in preparation for the planned spray.

At this point it's not clear whether any compensation will be offered to make up for the beekeepers' losses will be offered. Some local residents set up a change.org petition in an attempt to stop the aerial spraying and any future spraying until more information is provided about the chemicals used and there is an oportunity for discussion over such decisions in an open forum.

Scientists have been raising alarm over the marked decline in global bee populations. Pesticide use has been touted as a contributor to dwindling numbers, but the truth is no one really knows what's killing the bees.

Humanity really needs these flying friends. They account for the majority of crop pollination around the world, and without them it's not unreasonable to argue that life as we know it would cease to exist.

As no cases of Zika being contracted in South Carolina have yet been recorded, the apparently unnecessary deaths of millions of bees really stings. 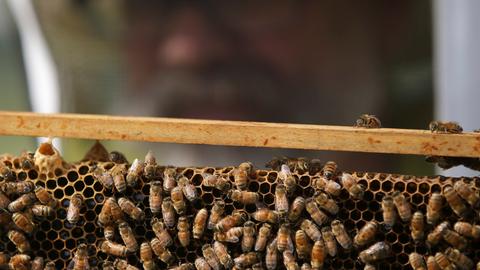