President Nicolas Maduro says he "subordinates" himself in front of the constituent assembly which he recognises as the country's most powerful institution amid opposition protests and US concern.

Venezuelan President Nicolas Maduro recognised the Socialist Party-dominated constituent assembly as the country's most powerful institution on Thursday in his first appearance at the highly criticised legislative body that was inaugurated six days ago.

"As head of state I subordinate myself to the powers of this constituent assembly," he said during his address.

"I come to recognise its plenipotentiary powers, sovereign, original and magnificent," he said.

The recent election of the 545-member assembly drew international condemnation for usurping the authority of Venezuela's opposition-controlled Congress. Critics have said the election cast aside any remaining checks on Maduro's power.

Maduro has also been accused of "persecuting" the opposition members.

Maduro has said the assembly is the country's only chance at securing peace and prosperity after four months of unrest and anti-government protests that have left more than 125 people dead.

"This assembly had a violent birth," Maduro said during Thursday's address. He drew a standing ovation when he promised that violent anti-government protesters would be jailed.

In an address that repeatedly brought assembly members to their feet in applause, Maduro called for a new governance framework for Venezuela, aimed at "perfecting the constitution of 1999."

"Madam president," he said to assembly chief and long-time Maduro loyalist Delcy Rodriguez, "I am entirely at your service."

The opposition boycotted the July 30 election of the assembly and called for an early presidential vote that it was sure Maduro would lose for having presided over a severe economic recession that has been accompanied by shortages of food and medicine.

Venezuela's opposition accused the government on Thursday of "persecuting" its members after a second mayor was sentenced to 15 months in prison.

The sentence handed down on Wednesday by the Supreme Court against David Smolansky, the opposition mayor of the Caracas suburb of El Hatillo, brought to 23 the number of mayors targeted by legal action, according to the opposition.

In 1970 Venezuela had higher per capita income than Spain. Now it has 500% inflation, mass unemployment + malnutrition and political terror.

"Is this the peace that Maduro is talking about?" said Gerardo Blyde, the mayor of Baruta, a nearby municipality who also has had an investigation opened against him.

In its first working session on August 5, Maduro's constituent assembly confirmed opposition fears that it would seek to strengthen Maduro's grip on power by firing his main critic within the ruling socialist coalition, chief prosecutor Luisa Ortega. She was ordered to stand trial.

Ortega accused Maduro of human rights abuses after his loyalist Supreme Court started nullifying laws passed by Congress earlier this year. Now in hiding, moving from safe house to safe house, Ortega told Reuters earlier on Thursday that she feared for her life.

Maduro's assembly, which has been placed over the National Assembly, has been tasked with rewriting the constitution.

The US and major Latin American nations have rejected it as an illegitimate body. 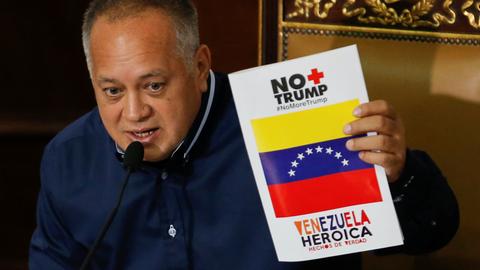 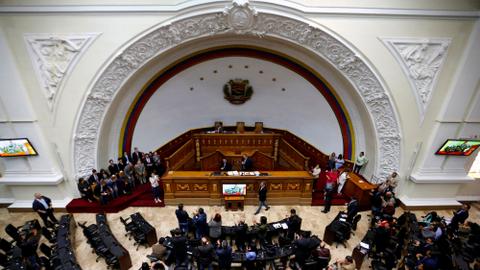 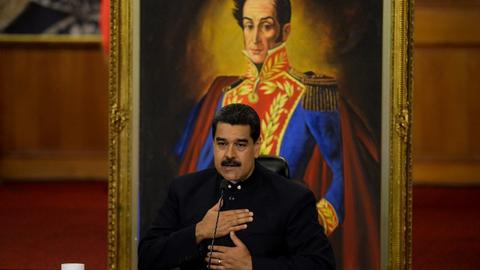