Even if President Obama upholds his promise to veto the bill, the measure may still be signed into law if a majority two-thirds of both the US House and Senate vote to overturn.

Facing veto threats from the White House, the US House of Representatives passed legislation that would allow relatives of victims of the 9/11 attacks to sue Saudi Arabia for its alleged role in plot.

The Justice Against Sponsors of Terrorism Act (JASTA) was approved in the House by unanimous voice vote on Friday, some four months after it passed in Senate and only two days before the 15th anniversary of the September 11, 2001 attacks. The Saudi government, which strongly denies any involvement in the attack, has lobbied against the bill.

Opponents have also pointed out that the bill could strain relations with Saudi Arabia, an strong American ally in the region, and open the door for other nations to sue America for alleged role in terrorist attacks.

The White House once again said that President Barack Obama would veto the bill after the development.

If a majority two-thirds of both the US House and Senate vote to overturn the President, JASTA would become law, and would mark the first time Congress successfully overrides Obama's veto.

JASTA would remove sovereign immunity, preventing lawsuits against governments, for countries found to be involved in terrorist attacks on US soil. It also would allow survivors and relatives of those killed in them to seek damages from other countries.

Supporters argue that if Saudi Arabia, or any other government, is innocent of involvement in attacks, they have nothing to fear from the legislation.

"If they've done nothing wrong, they have nothing to worry about," said Democratic Senator Chuck Schumer of New York, a vocal advocate for the measure.

Lawmakers had been under intense pressure from the Sept. 11 families to pass JASTA before the 15th anniversary of the attacks on Sunday.

In Europe, a member of the French parliament, Pierre Lellouche, said he would consider retaliatory legislation in France, and would anticipate it elsewhere, if the final version of JASTA does not include waivers for countries that are US allies and actively involved in fighting terrorism.

"It may trigger similar acts all over the place, and then you enter into a 'state of jungle' where everybody sues everybody," Lellouche, who runs a parliamentary committee on international law, told reporters on a conference call on Friday. 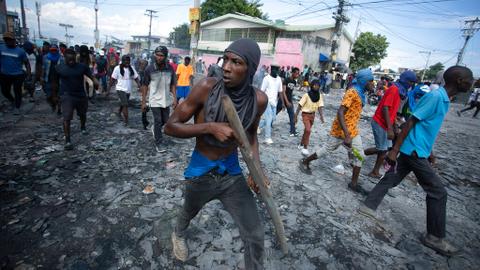 UN warns of 'explosion' of cholera cases in Haiti 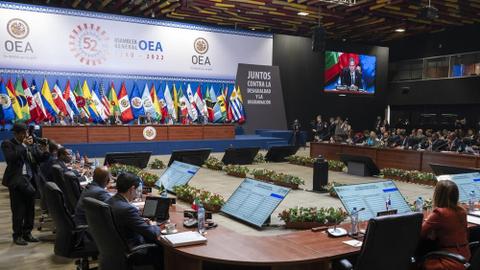