Over 250 buried alive in Colombia mudslides

Mudslides and "water avalanches" triggered by heavy rainfall in the southwestern province of Putumayo crashed into houses, Colombian officials say, adding the death toll may climb, with over 200 people still missing.

The rescue search for victims is continuing in Colombia after mudslides in Mocoa, the capital of southwest Putumayo state killed at least 254 people and injured hundreds more, officials said.

Heavy rains caused several rivers to overflow early Saturday, pushing sediment and rocks onto buildings and roads in the capital of southwestern Putumayo province and trapping cars in several feet of mud.

254 people were killed, 400 people were injured and 200 were missing, the army said in a statement.

"We have established a unified command post with the National Police, our governor, firefighters, and civil defence to deal with this emergency," he added.

We are now allocating two planes from Tolemaida in the centre of the country, with personnel of the brigade dealing with the emergency. Also, we have arranged two helicopters for the transport of the injured.

More than 1,100 soldiers and police officers were called in to help dig people out in 17 affected neighbourhoods.

TRT World spoke with Dimitri O'Donnell for the latest on the rescue operation.

Photos posted on Twitter by the air force neighbourhood showed streets filled with mud and damaged houses while cell phone videos on social media showed residents searching for survivors in the debris.

"A big portion of the many houses were just taken by the avalanche but above all the people were warned with enough time and they were able to get out but houses in 17 neighbourhoods have basically been erased," Mocoa Mayor Jose Antonio Castro said.

Santos said on Twitter that he was praying for the victims.

Heavy rains and a mountainous landscape regularly cause landslides in the Andean country.

A landslide in November killed nine people in the southwestern rural town of El Tambo.

Another landslide the month before killed ten people in the north of the country. 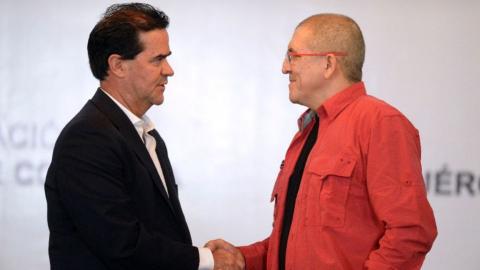 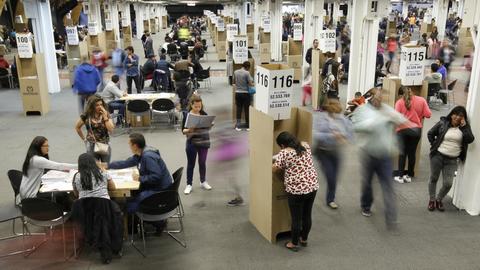 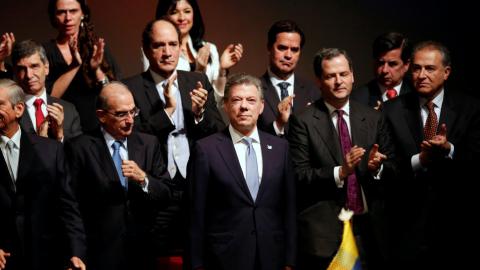