1
Turkish Americans celebrate Turkish Day Parade with festival in New York
2
Türkiye summons US Ambassador over their advisory ahead of Istanbul rally
3
Deadly thunderstorm wreaks havoc in east Canada
4
US eases economic sanctions on Venezuela to bolster political talks
5
Everybody should be concerned about monkeypox outbreak: Biden

At least 5,000 Peruvians have taken to the streets of Lima in one of the biggest protests against President Pedro Pablo Kuczynski's pardon for authoritarian leader Alberto Fujimori.

At least 5,000 Peruvians angry over President Pedro Pablo Kuczynski's pardon for authoritarian leader Alberto Fujimori marched in Lima on Thursday in the biggest protests yet since the measure was announced on Christmas Eve.

Fujimori, 79, governed Peru with an iron fist for a decade after being swept to power by a populist wave in 1990 elections. While many consider him a corrupt and ruthless dictator, others credit him with pulling Peru from economic ruin and quashing a violent leftist insurgency.

"The pardon is treason," said protester Rosa Maria Vidal, a 47-year-old office assistant, adding that many demonstrators voted for Kuczynski precisely to keep Fujimori's daughter Keiko, who ran against him in the 2016 election, out of office. "Look how he repays us."

The impact of the protests, which were still growing in size as of the early evening, could be an indication of whether the uproar over the pardon locks Kuczynski's already weak government into a political crisis, or peters out as he revamps his cabinet and seeks new allies in congress.

Protesters on the streets of capital Lima carried signs reading, "Justice cannot be negotiated", and chanted, "Enlightened people do not pardon criminals." Many called for Kuczynski, who pledged not to pardon Fujimori during last year's election campaign, to step down.

Demonstrations against the pardon over Christmas ended in clashes.

UN human rights experts called the pardon a major setback for the rule of law in Peru and an appalling "slap in the face" for Fujimori's victims.

Speculations on timing of pardon

Kuczynski cited medical grounds when he announced the pardon for the 79-year-old Fujimori, erasing his convictions for corruption and human rights abuses less than halfway into a 25-year prison sentence, and shielding the former president from a pending trial.

The timing, three days after Fujimori's loyalists in congress unexpectedly saved Kuczynski from a motion to oust him, sparked speculation among critics that it was payback.

But Kuczynski, 79, reiterated on Thursday that the pardon was not the result of a political pact, saying it was fundamentally about forgiveness.

"The country can't remain divided by political struggles that only hold the country back from continuing to make progress," his office said in a statement.

'We suffered from his murders'

On Tuesday, Fujimori apologised to the Peruvians he said he had "disappointed." Speaking from a hospital bed in a video message, he thanked Kuczynski for the pardon and promised to support the president's call for national reconciliation.

Fujimori's opponents said it was too little, too late.

"We suffered from his murders ... he still hasn't acknowledged his crimes," said Norma Mendez, the mother of a journalist killed in 1991 in what Peru's truth commission deemed an extrajudicial attack by government agents.

Kuczynski, a former Wall Street banker, survived last week's effort by opposition members of congress to remove him over alleged links to a corruption scandal. The president denied any wrongdoing. 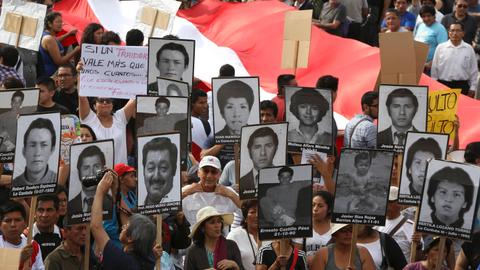 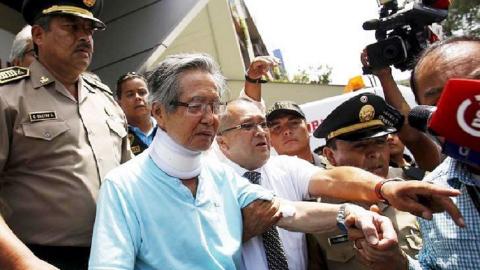 1
Turkish Americans celebrate Turkish Day Parade with festival in New York
2
Türkiye summons US Ambassador over their advisory ahead of Istanbul rally
3
Deadly thunderstorm wreaks havoc in east Canada
4
US eases economic sanctions on Venezuela to bolster political talks
5
Everybody should be concerned about monkeypox outbreak: Biden