The former US army intelligence analyst is one of 209 prisoners whose jail term was cut short by outgoing US President Barack Obama.

Known as Bradley Manning at the time of her arrest in 2010, the whistleblower leaked more than 700,000 documents, videos, diplomatic cables and battlefield accounts. Some of these held details about the nature of the US war in Iraq and Afghanistan.

Manning, a transgender woman, is serving her sentence at Fort Leavenworth, a prison for men where she attempted to end her life twice.

Assange: "Thank you to everyone who campaigned for Chelsea Manning's clemency. Your courage & determination made the impossible possible."

Manning had accepted responsibility for the leaks, which factored into Obama's decision, a White House official told reporters, speaking on condition of anonymity.

Wikileaks founder Julian Assange who took to Twitter to celebrate Manning's impending release did not comment on an earlier promise to accept extradition if Manning was freed. Assange has been at Ecuador's London embassy since 2012 to avoid extradition for an investigation into rape allegations dating back to 2010.

Not everyone was happy with Obama's decision to slash Manning's sentence.

Chelsea Manning's treachery put American lives at risk and exposed some of our nation's most sensitive secrets.

Obama also commuted the sentence of Oscar Lopez-Rivera. Lopez-Rivera, 74, who fought for Puerto Rico's independence has been in jail for 35 years. He had been classified by the US as a terrorist.

In total, Obama commuted the sentences of 209 inmates and pardoned 64 people, including Retired General Cartwright.

"These 273 individuals learned that our nation is a forgiving nation," said White House counsel Neil Eggleston.

Cartwright pleaded guilty in October to making false statements to the Federal Bureau of Investigation during an enquiry into the leaks of classified information.

He lied during questioning by the FBI over a book written by a reporter that exposed a malicious computer software program known as "Stuxnet" designed to disrupt Iran's nuclear program.

Obama has commuted the sentences of 1,385 people and granted a total of 212 pardons during his term. 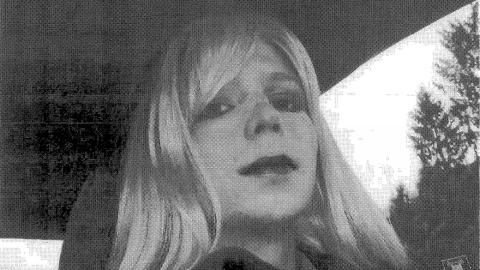