Firmly taking charge in an unruly White House, former general John Kelly moved in on Monday as President Donald Trump's new chief of staff and immediately made sure that Trump's profanity-spouting new communications director was shown the door, ignominiously ousted after less than two weeks on the job.

It was the latest head-snapping sequence of events at 1600 Pennsylvania Avenue, but Trump dismissed any talk of disarray. He insisted in a morning tweet there was "No WH chaos," then followed up in the evening with:

A great day at the White House!

Aiming to instil some discipline in the White House, Kelly showed Anthony Scaramucci the door just days after the new communications director had unleashed an expletive-laced tirade against senior staff members that included vulgar broadsides at then-chief of staff Reince Priebus. In short order, Priebus was pushed aside and replaced by Kelly, whose arrival led in turn to Scaramucci's departure.

The communication director's tenure was the stuff of Shakespearian drama, although brief enough to be just a morbid sonnet.

Scaramucci's exit underscored the challenges that Kelly, the former homeland security chief, faces in bringing order to a West Wing where a wide swath of aides have reported directly to the president, feeling free to walk into Trump's Oval Office or buttonhole him in the hallway to lobby for conflicting agendas. Backstabbing among aides has been rife, and rival camps have jockeyed for position.

And then there is president himself, who uses tweets at all hours to fling out new policy announcements, insult critics and even go after fellow Republicans who don't toe his line.

The ongoing investigation into Russia's meddling in the election is another source of unease.

Monday night, The Washington Post reported that Trump himself had dictated the July 8 statement in which his son Donald Jr described a June 2016 meeting with a Russian lawyer.

The statement said Trump Jr and other top figures in the Trump campaign "primarily discussed a programme about the adoption of Russian children" with the lawyer. Emails released later by Trump Jr showed that the meeting was suggested to the Trump campaign as a means to deliver damaging material about Trump's election opponent, Hillary Clinton.

The Associated Press has reported previously that Trump approved of the statement, which was crafted on the flight back from the Group of 20 Summit in Germany in early July.

On Kelly's first day, the White House put out word that the retired four-star general had free rein to tighten the chain of command.

White House press secretary Sarah Sanders said Kelly "has the full authority to carry out business as he sees fit" and that all White House staffers will report to him, including powerful aides such as Trump's daughter Ivanka Trump, her husband Jared Kushner and chief strategist Steve Bannon.

Kelly "will bring new structure, discipline and strength" to the White House, she said.

The chief of staff took his oath of office early Monday in an Oval Office ceremony thronged by senior staffers, including Scaramucci.

But a short time later, Kelly told the communications director he was out, leading Scaramucci to offer his resignation instead, according to four White House staffers and outside advisers not authorised to speak publicly about personnel matters.

In the brief, cold words of the White House announcement, Scaramucci was leaving because he "felt it was best to give Chief of Staff John Kelly a clean slate and the ability to build his own team."

The three-sentence release concluded, "We wish him all the best."

The statement revived the "clean slate" language that former White House press secretary Sean Spicer had used to describe his own reason for resigning on the day Trump brought Scaramucci aboard.

Scaramucci was escorted from the White House grounds, becoming yet another high-ranking official to leave an administration that is barely beyond the six-month mark. He was the third person to hold the communications director title in that time.

While in most administrations the chief of staff closely manages the president's time and others' access to the Oval Office, Priebus never was able to prevent Trump from continuing the same disorderly style he had created atop his business.

Scaramucci had been blocked from joining the administration during the transition by Priebus, only to eventually be hired by Trump a week-and-half ago. That decision, over the objections of Priebus and Bannon, led to the resignation of Spicer and fueled Scaramucci's profane vows of vengeance against White House staffers who had opposed him or leaked to the press.

Days of negative news coverage of Scaramucci's crass rant did not sit well with the president, though Trump himself is no stranger to using coarse language, including boasts of groping women in a 2005 Access Hollywood tape leaked last year.

"The president certainly felt that Anthony's comments were inappropriate for a person in his position," Sanders said when asked about the ouster.

Bannon also told allies that the communications director was a negative distraction. And though Bannon had clashed with Kelly over the implementation of Trump's first travel ban, he pledged to work closely with the new chief of staff.

Scaramucci's allies floated the idea of Scaramucci returning to his chief strategy officer post at the Export-Import Bank. Sanders said he "does not have a role at this time" with the Trump administration.

As the Scaramucci news spread, Kelly was in the East Room, smiling and taking pictures with guests who had gathered for a Medal of Honor presentation. A jovial Spicer also was in attendance, saying he was there to assist with the communications transition, though Sanders said she was not aware of any plans for him to resume his old job.

After swearing in Kelly, Trump convened his full Cabinet, including Attorney General Jeff Sessions, the target of recent public rebukes from the president. Sanders later brushed aside talk of yet another abrupt shuffle: the idea of Sessions leaving the Justice Department to replace Kelly at Homeland Security. The president has no such plans, she said.

Trump, for his part, ignored the turmoil and declared that his administration was humming along smoothly.

Scaramucci is having a bad week. He was fired as Trump's communications director and listed as dead in Harvard Law School's alumni directory.

The directory mailed to alumni this week had an asterisk next to Scaramucci's name, indicating he had died, The Washington Post and CBS News reported on Monday. The 53-year-old New York financier is a 1989 graduate of the Ivy League law school.

News of the mistake came out on the same day that Trump fired Scaramucci as White House communications director over an obscenity-laced interview with The New Yorker magazine, sources familiar with the decision said. Scaramucci had been in the job just over a week.

Harvard Law School acknowledged the directory error in a statement and apologized to Scaramucci.

"The error will be corrected in subsequent editions," the school said. It gave no explanation of how the mistake occurred.

The directory is published every five years and is available only to alumni, CBS said. 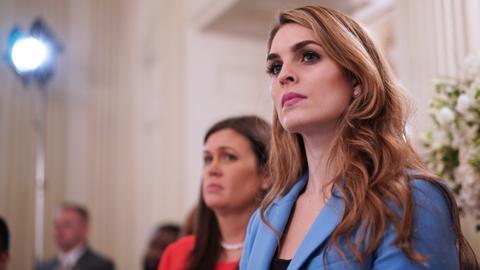 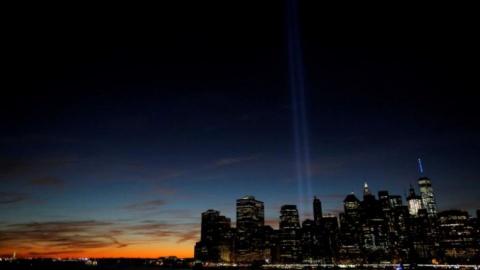 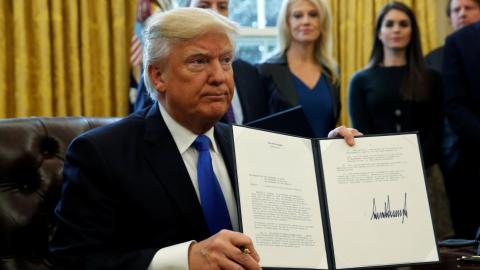