The children, all from the same family, ranged in age from three months to 17 years old, said a woman who lives next door.

Seven children, all members of a Syrian family who arrived in Canada about two years ago, died in an early morning fire on Tuesday that witnesses said quickly engulfed a home in a Halifax suburb.

A woman who lives next door said the children ranged in age from three months to 17 years old.

A man and woman remained in hospital on Tuesday afternoon, the man with life-threatening injuries. The woman was expected to survive her injuries.

In a brief interview from the hospital, Imam Abdallah Yousri of the Ummah Mosque and Community Centre in Halifax said the family was originally from Raqqa, Syria.

Danielle Burt, who lives next door to the family, said she heard a loud bang and a woman screaming. Burt ran out of the house with her four children and saw the neighbouring parents outside in a harrowing scene.

"The mother was on the grass, praying I guess, bowing her hands down, and pulling on my husband's arm to call 911," she said, becoming emotional.

"She said the kids were inside and the dad was sitting on the steps. I think he had gone back in because he was really burnt. It was just awful."

The family has been in Canada almost two years, Yousri said, and originally settled in Elmsdale, north of Halifax.

Yousri said the funerals would likely be held on Wednesday.

"Our entire municipality is heartbroken and our thoughts are with the loved ones of the family," Halifax Mayor Mike Savage said in a tweet.

Police said the cause of the fire remained under investigation.

Halifax District Fire Chief Mike Blackburn said the fire was very heavy when they arrived, but firefighters were able to knock it down quickly.

He suggested firefighters were deeply affected by what they saw.

"They'll process this over time but it's very difficult and it's not going to get any easier," he said. 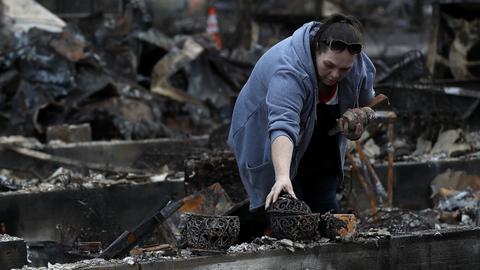 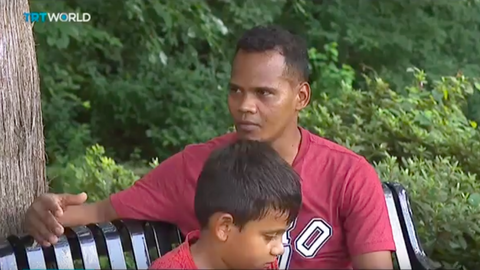 Ordeal continues for reunited immigrant families in US