An employee of UPS killed three people before turning the gun on himself in the company's facility at Potrero Hill. The motive for the attack remains undetermined.

A UPS employee opened fire at a San Francisco package delivery facility on Wednesday killing three people and then himself in Portero Hill neighbourhood near downtown, police said.

San Francisco Assistant Police Chief Toney Chaplin said that police found wounded victims and brought them to safety and when they found the gunman he put the weapon to his head and shot himself.

Two others people were wounded in the attack, police said without determining the motive.

UPS spokesman Steve Gaut said that an employee fired inside the facility before the drivers were sent out to do their normal daily deliveries. Gaut said four people were injured and that he believed the shooter "turned the gun on himself."

UPS said that the incident took place at the sprawling facility which employs 850 people.

"We understand that there are potentially multiple deaths, although some individuals were transported to the hospital and we are unsure of their status at this time," UPS said in a statement.

Our thoughts are with those affected by today's tragic incident at a UPS facility in San Francisco. https://t.co/4XC32AoLFn

Police ordered residents and employees in the neighbourhood and surrounding areas to shelter in place as they responded to the early morning incident.

The restriction was lifted later.

The shelter in place has been lifted. #SFPD Special Ops is continuing to search the building for additional victims and witnesses. #SF

In a series of tweets following the incident, police confirmed the shooting but did not provide further details about fatalities.

The shooting came the same day a gunman opened fire on Republican lawmakers at a congressional baseball practice wounding US Republican Steve Scalise of Louisiana and several others.

US congressman among several wounded in Virginia shooting 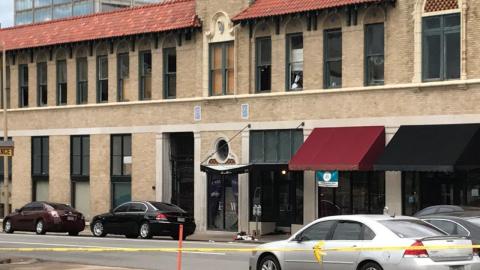 Shooting injures 28 people at US nightclub