Stella is the most powerful winter storm of the season combined with winds of up to 95 kilometres per hour, causing treacherous conditions.

Stella, the most powerful winter storm of the season, was forecast to dump up to 60 centimetres of snow in New York and whip the area combined with winds of up to 95 kilometres per hour, causing treacherous conditions.

New York Mayor Bill de Blasio warned New Yorkers saying "given the frigid temperature, the huge amount of snow in a short period of time and the wind, stay off the streets for your own good, for your own safety.

"If you must go out do, so for as limited a time period as possible. If you need to travel use mass transit if possible." 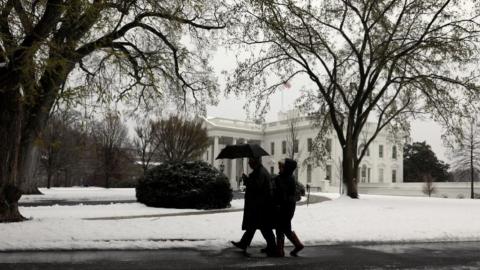