The ceasefire accord seeks to end 52 years of conflict that has killed more than 220,000 people.

The incident happened only four days after the government announced a revised peace accord with the rebel group.

Colombia's government and the Revolutionary Armed Forces of Colombia (FARC) signed a peace accord in September that was rejected in a plebiscite last month.

The two sides finalized a revised deal over the weekend that aims to end 52 years of conflict that has killed more than 220,000 people and displaced millions.

A ceasefire means that no aggressive actions are taking place between opposing forces.

The army confirmed the report of fighting which comes in violation of the bilateral ceasefire.

The army said in a statement that another suspected rebel, who was detained, told authorities that he and the two killed were with the FARC's 37th Front.

The military also said, however, that locals insisted the insurgents were with the smaller National Liberation Army (ELN), the second largest guerrilla group, which is often involved in kidnapping and extortion.

A decision on how the new accord will be approved has not yet been made, but it appears more likely to go through Congress rather than face another national vote.

President Juan Manuel Santos ordered the ceasefire with the rebels in August.

The fighting between the FARC, the largest guerilla group in Colombia, dates back to 1948 when presidential candidate for the Liberal Party Jorge Eliecer Gaitan was assassinated.

The FARC rebel group claims to be fighting for the rights of poor people as well as for social justice. The Colombian government basically seeks stability in the country.

The government and the The ELN, had planned to launch public peace talks on October 27 in Quito. President Juan Manuel Santos cancelled the negotiations after the rebels failed to release hostage ex-congressman Otis Sanchez. 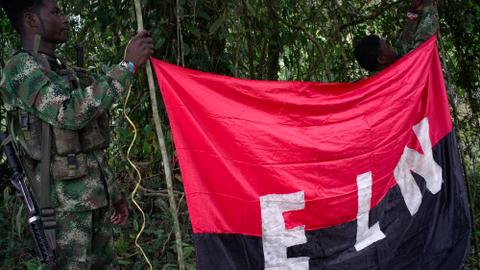