Pressure on Mexico's government is mounting, with corruption scandals and the visit of controversial US presidential hopeful Donald Trump adding to public discontent.

Thousands of people in Mexico marked Independence Day on Thursday by demanding the resignation of President Enrique Pena Nieto over corruption scandals and his handling of drug violence.

Chanting "Pena out," protesters marched across the country's capital, Mexico City, towards Zocalo Square, where the president traditionally stands on a balcony of the National Palace the night before the holiday to replicate the "grito," or shout of independence, first given in 1810 at the start of the Mexican War of Independence.

Riot police stood near the square to block the protesters, who cried out "resign now."

"We are tired that this government has always done things badly," said 64 year-old Nubia Medina said, who held a sign stating that "all the inept and corrupt must go."

"[The government] has neglected social issues. They [president and his family] live like princes while the people live on minimum wage. There are many who have disappeared or died."

Corruption scandals, an economic recession and a high murder rate have caused frustration among Mexicans.

In addition, the Mexican peso closed at a record low on Wednesday of 19.2745 to the dollar after big losses that were partly fanned by concerns that US Republican candidate Donald Trump could triumph over his Democratic rival Hillary Clinton in November.

There were claims that some media outlets strongly understated the number of protesters:

Anger towards President Pena Nieto has risen over the past two weeks after he hosted US Republican presidential nominee Donald Trump, who had previously accused Mexico of "sending drugs and rapists" into the US.

Ismael Padilla, a 49-year-old assistant principal at a secondary school, said he was unhappy at Pena Nieto's decision to invite Trump last month.

"After the visit of this person who has discriminated against our brothers. We are outraged and ashamed that he came here like a head of state, because that was the treatment he was given," Padilla said.

"We have very little to celebrate."

The Mexican Government has also failed to fully investigate the disappearance of 43 students in September 2014 at a rural teachers' college in Guerrero State.

Parents of the 43 students joined the protest, with protestors angry at the government's failure to solve the case almost two years after they were abducted by police and allegedly killed by a drug cartel.

The case has also drawn attention to the fact that 28,000 people are listed as missing in the country.

"We don't have a reason to shout 'viva Mexico.' There are thousands of injustices," said Cristina Bautista, mother of one of the missing trainee teachers. 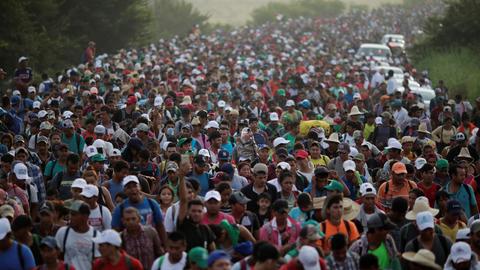 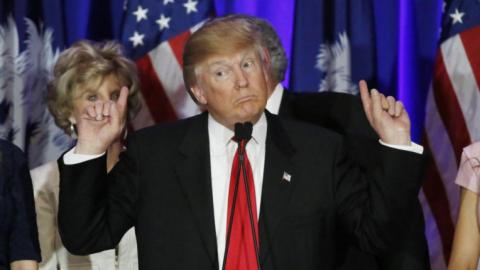 Trump to meet Mexican president ahead of immigration speech 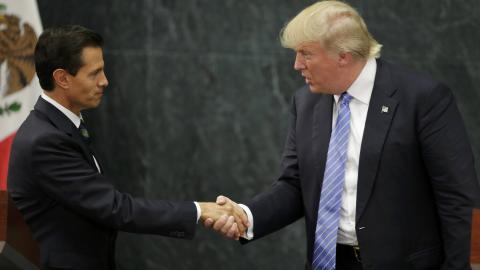