US President Donald Trump during a speech in Long Island asked from Congress to help him fight the MS-13 gang as well as help him to stop illegal immigration and boost deportations.

US President Donald Trump on Friday painted a dark and brutal portrait of American communities he said had been ravaged by gang violence as he pressed Congress to help him stop illegal immigration and boost deportations.

Speaking to law enforcement officers in Brentwood, New York, on Long Island, Trump highlighted his push to crack down on members of the Mara Salvatrucha gang, better known as MS-13, whose existence the White House blames on lax enforcement of illegal immigration from Central America.

"They don't like shooting people because it's too quick. ... They like to knife them and cut them because that way it's more painful," Trump said, flanked on stage by about 100 uniformed officers. He repeatedly referred to gang members as "animals" and "thugs."

Critics blasted Trump for using language that they said dehumanised immigrants and for seemingly advocating rough treatment of people arrested for crimes.

"Please don't be too nice," Trump told the officers. "Like when you guys put somebody in the car and you're protecting their head, you know, the way you put their hand over? ... I said, you can take the hand away, OK?"

Jeffery Robinson, deputy legal director at the American Civil Liberties Union, said that Trump's remarks run counter to the American ideal that a person is "innocent until proven guilty."

"By encouraging police to dole out extra pain at will, the president is urging a kind of lawlessness that already imperils the health and lives of people of color at shameful rates," Robinson said in a statement.

Friday's trip gave the president an opportunity to showcase some progress on his agenda even as his push to overhaul healthcare failed in Congress - and some respite from a power struggle among his senior staff that blew up on Thursday.

Trump urged Congress to appropriate more money for immigration agents and judges, and to give them more authority to quickly deport people from Central America who cross the border illegally.

While Trump thanked various administration officials and local lawmakers for their work on the gang issue, he did not mention his attorney general, Jeff Sessions. Sessions was in El Salvador to promote the administration's fight against gangs.

The MS-13 gang first took root in the United States in Los Angeles in the 1980s in neighborhoods populated with immigrants from El Salvador who had fled its civil war. The Justice Department has said MS-13 has more than 10,000 members across the United States.

In Brentwood, about 30 miles (50 km) east of New York City, MS-13 was behind the murders of two teenage girls last September and four young men in a park in April, authorities said.

There have been 17 murders on Long Island tied to the gang since January 2016, according to the Suffolk County Police Department.

Under Trump, Immigration and Customs Enforcement has targeted the gang, deporting more than 2,700 criminal gang members in fiscal 2017, up from 2,057 in the entire previous fiscal year, the White House has said.

Trump made concerns about illegal immigration a centerpiece of his campaign. His administration is taking a harder line on Central American youth who have crossed the border illegally without guardians - a group that law enforcement has said has been targeted for recruitment by MS-13.

Immigration agents plan to target teenagers who are suspected gang members, even if they are not charged with any crime, according to a memo.

The New York Civil Liberties Union said at least nine minors have been placed in immigration detention due to unconfirmed allegations of gang affiliation by the Suffolk County Police Department. The department and ICE did not immediately respond to a request for comment on the cases.

People claiming they were mistakenly included in gang databases and then targeted for deportation have filed at least two lawsuits, said Paromita Shah of the National Immigration Project at the National Lawyers Guild. 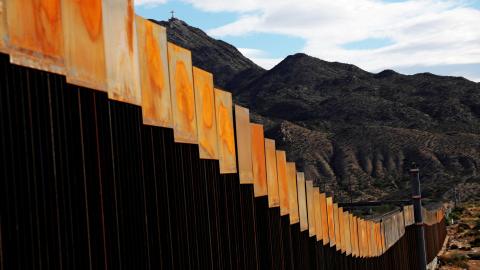 The many sides of the Trump wall 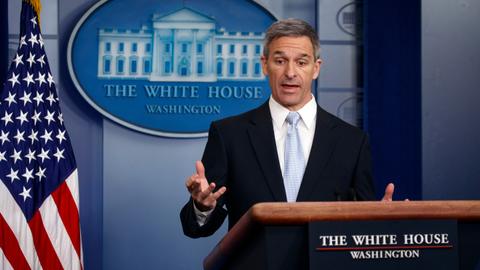 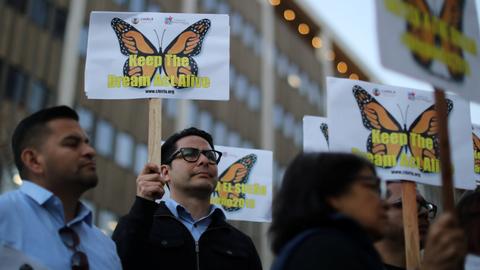