US President Donald Trump has ordered stricter controls on Americans travelling to Cuba in a rollback of Obama's "terrible and misguided" policy.

President Donald Trump on Friday ordered tighter restrictions on Americans travelling to Cuba and a clampdown on US business dealings with the Caribbean island's military, saying he was cancelling former President Barack Obama's "terrible and misguided deal" with Havana.

Laying out his new Cuba policy in a speech in Miami, Trump signed a presidential directive to roll back parts of Obama's historic opening to the Communist-ruled country after a 2014 diplomatic breakthrough between the two former Cold War foes.

But Trump left in place many of Obama's changes, including the reopened US embassy in Havana, even as he sought to show he was making good on a campaign promise to take a tougher line against Cuba, especially over its human rights record.

"We will not be silent in the face of communist oppression any longer," Trump told a cheering crowd in Miami's Cuban-American enclave of Little Havana, including Republican Senator Marco Rubio of Florida, who helped forge the new restrictions on Cuba.

"Effective immediately, I am cancelling the last administration's completely one-sided deal with Cuba," Trump declared as he made a full-throated verbal assault on the government of Cuban President Raul Castro.

Americans: "So I can't go to Cuba anymore?"

Cubans: "So our food rations will be cut again?"

Trump's revised approach calls for stricter enforcement of a longtime ban on Americans going to Cuba as tourists, and seeks to prevent the US dollars from being used to fund what the Trump administration sees as a repressive military-dominated government.

In his speech, Trump basically admitted he was hurting Cuba because of Obama.

What a sad little man.

The new policy bans most US business transactions with the Armed Forces Business Enterprises Group, a Cuban conglomerate involved in all sectors of the economy. But it makes some exceptions, including for air and sea travel, according to US officials. This will essentially shield American airlines and cruise lines serving the island.

The Cuban people, by a long stretch, are the biggest victims of the backwards policies Trump will enact on Cuba.

"We do not want US dollars to prop up a military monopoly that exploits and abuses the citizens of Cuba," Trump said, pledging that the US sanctions would not be lifted until Cuba frees political prisoners and holds free elections.

Trump stopped short of breaking diplomatic relations restored in 2015 after more than five decades of hostilities. He will not cut off recently resumed direct US-Cuba commercial flights or cruise-ship travel, though his more restrictive policy seems certain to dampen new economic ties overall.

Nor does Trump plan to reinstate limits that Obama lifted on the amount of the island's coveted rum and cigars that Americans can bring home for personal use.

Let's be clear, trump's new Cuba policy moves the U.S. back to the 1940's because of jealousy for a man who he will NEVER measure up to.

While the changes are far-reaching, they appear to be less sweeping than many US pro-engagement advocates had feared.

Still, it will be the latest attempt by Trump to overturn parts of Obama's presidential legacy. He has already pulled the United States out of a major international climate treaty and is trying to scrap his predecessor's landmark healthcare programme. 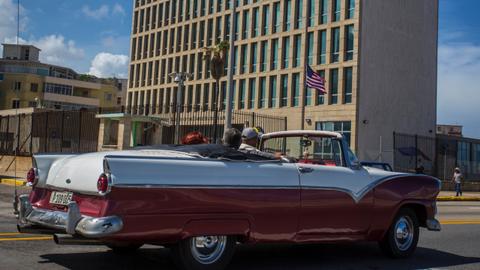 US tightens travel rules to Cuba, blacklists many businesses 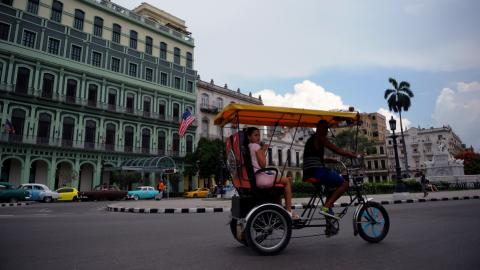 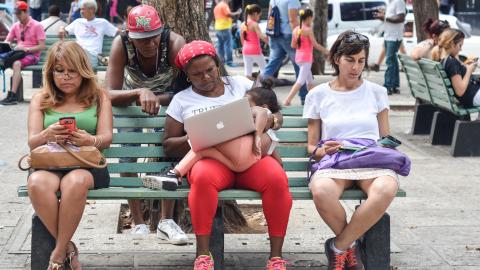