US President Donald Trump has made limiting immigration a centerpiece of his policy agenda, by raising fear that increased immigration leads to more crime.

For a second year straight, the US will slash the number of refugees it will accept, Secretary of State Mike Pompeo said, amid criticism from human rights groups that the country is still committed to providing sanctuary to people fleeing the world's danger zones.

Up to 30,000 refugees will be allowed into the country next year, down from a cap of 45,000 this year. It will be the lowest ceiling on admissions since the programme began in 1980.

The announcement came despite calls from global humanitarian groups that this year's cap of 45,000 was too low.

"The Trump administration is not only abandoning America's long bipartisan history of humanitarian leadership, but also threatening national and regional security," Senator Dianne Feinstein of California and Senator Dick Durbin of Illinois said in a joint statement on Tuesday.

Senator Bob Menendez of New Jersey called the decision "truly repugnant" while Republican Eliot Engel of New York said it will "surely go down as one of the ugliest chapters" in Donald Trump's presidency.

The final number for the cap on refugees next year could change after consultations with Congress, Secretary of State spokeswoman Heather Nauert told reporters on Tuesday.

But in the past the number proposed by the administration is generally left unchanged by lawmakers.

An analyst with the CATO Institute, a libertarian think-tank in Washington, also criticised lowering the cap, saying the Trump administration is "shrinking the refugee programme at exactly the moment when the number of people who need to flee violence has reached the highest level in decades."

David Bier said the new cap "simply cannot be justified" and pointed to a Trump administration analysis that "found that refugees are fiscally beneficial to the US government, and the chance of a refugee killing a US resident is less than 1 in 3.6 billion annually."

Of the 3 million refugees admitted to the US since 1975, not one has been arrested for carrying out a lethal terror attack on US soil, according to resettlement agencies.

Asylum claims to be processed

The 30,000 cap is the maximum number of refugees the US will admit during the fiscal year that starts October 1. The actual number allowed in could be lower.

The US has only admitted 20,918 refugees for the fiscal year set to end in two weeks, according to State Department records.

President Barack Obama raised the ceiling to 110,000 in 2017, but the pace slowed dramatically after Trump took office and issued an executive order addressing refugees.

In 2016, the last full year of the Obama administration, the US welcomed nearly 85,000 refugees.

Amnesty International accused the Trump administration of "abandoning" refugees with the lower cap.

"This is the lowest goal in the history of the programme, and compounded by this administration's history of creating road block after road block for refugees to arrive, this must be perceived as an all-out attack against our country's ability to resettle refugees both now and in the future," said Ryan Mace of Amnesty International.

According to resettlement agencies in the United States, the US vetting process is one of the world's toughest.

Most applicants to the US refugee programme spend at least three years being interviewed, undergoing biometric checks and medical exams, and filling out paperwork.

Cases are screened by the Defense Department, FBI, the Department of Homeland Security and other agencies.

After they are resettled, refugees continue to undergo security checks in the US for five years or more. 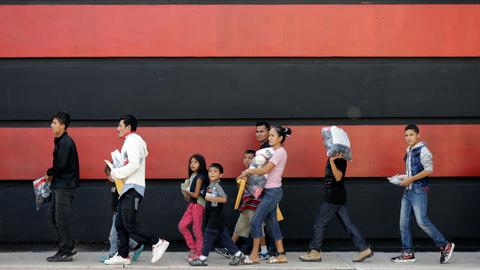 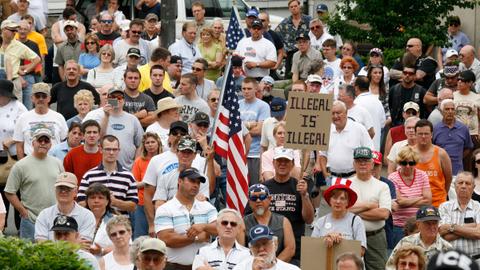