Foreign-born US residents stopped from re-entering the US on Saturday have been allowed back in. A federal court granted temporary reprieve against President Donald Trump's executive order barring all refugees, and citizens from seven countries.

A few hundred immigrant travellers and refugees were kept off flights and left stranded in airports for hours. Later, customs allowed some foreign-born US residents back into the country and a federal court placed a stay order on agencies acting on Trump's ban late Saturday.

The executive order (full text here) issued by Trump on Friday bans citizens of Syria, Iraq, Iran, Sudan, Libya, Somalia and Yemen from entering the US for 90 days under Trump's immigration order. This means even permanent residency, green card, or other visas holders are at risk of not being allowed back into the United States. The order also includes the halt of all refugee admissions for four months.

A US district court in New York issued an emergency stay order after lawyers for the American Civil Liberties Union filed a court petition on behalf of people who had been detained at airports across the country after the ban took effect. The federal judge said the petitioners had a strong likelihood of success in proving their legal rights were violated.

Stay of the Trump order by US court in Brooklyn pic.twitter.com/EAPzYqMAwF

The Department of Homeland Security said the court order will not affect the overall implementation of the White House executive action. The court order affected a relatively small number of travellers who were inconvenienced by security procedures upon their return, the department said.

"President Trump's Executive Orders remain in place— prohibited travel will remain prohibited, and the US government retains its right to revoke visas at any time if required for national security or public safety," according to a Department of Homeland Security statement.

Stephen Miller, a senior adviser to the White House, said nothing in the judge's order "in any way impedes or prevents the implementation of the president's executive order which remains in full, complete and total effect."

US green card holders from those seven countries will require additional screening before they can return to the United States, said the White House on Saturday.

Who was affected by Trump's travel ban?

About 375 travellers had been affected by the order, 109 of whom were in transit and were denied entry to the US. Another 173 were stopped by airlines before boarding, the Homeland statement said.

The order "affects a minor portion of international travellers," the department said in a statement, saying the measures "inconvenienced" less than one percent of travellers.

The new rules blindsided people in transit and families waiting for them, and caused havoc for businesses with employees holding passports from the targeted nations and colleges with international students.

The executive order, titled "Protecting the nation from foreign terrorist entry into the United States," has widely been called the "Muslim ban" on social media. President Donald Trump said his crackdown on refugees and citizens from seven Muslim-majority countries "is not a Muslim ban."

However, his travel restrictions sparked confusion and triggered massive protests at several international airports in the US, including JFK airport in New York. 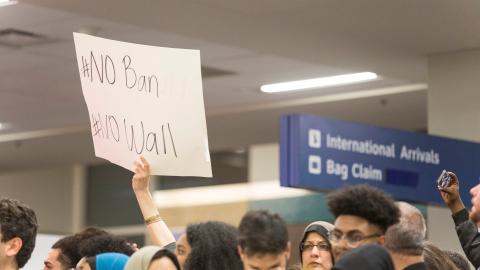 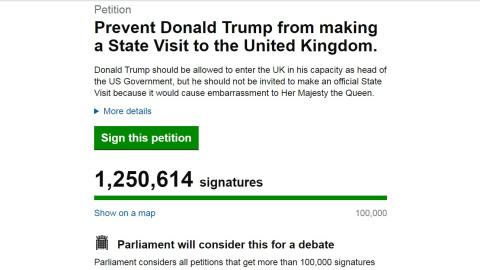