Washington had warned before Bachelet made her long-planned visit to China that authorities would not grant her the necessary access to get a full assessment of the human rights situation.

"The United States remains concerned about the UN High Commissioner for Human Rights Michelle Bachelet and her team's visit to the People's Republic of China (PRC) and PRC efforts to restrict and manipulate her visit," Blinken said in a statement on Saturday.

"We are concerned the conditions Beijing authorities imposed on the visit did not enable a complete and independent assessment of the human rights environment in the PRC, including in Xinjiang, where genocide and crimes against humanity are ongoing."

Washington had warned before Bachelet made her long-planned visit to China that authorities would not grant her the necessary access to get a full assessment of the human rights situation.

Blinken reiterated that stance, saying he was "troubled by reports that residents of Xinjiang were warned not to complain or speak openly about conditions in the region, (and) that no insight was provided into the whereabouts of hundreds of missing Uyghurs and conditions for over a million individuals in detention."

Bachelet defended her visit earlier on Saturday, saying it was "not an investigation" but called on Beijing to avoid "arbitrary and indiscriminate measures" in its crackdown in Xinjiang Uighur Autonomous Region.

Bachelet reiterated, however, that her six-day trip, which ended on Saturday and included a visit to the autonomous region, was not an investigation into China's human rights policies but an opportunity to engage with the government.

Bachelet started her China trip, the first by a UN Human Rights High Commissioner in 17 years, on Monday in the southern city of Guangzhou before heading to Xinjiang.

Her office said last year it believed Uighurs in Xinjiang had been unlawfully detained, mistreated and forced to work.

"I have raised questions and concerns about the application of counter-terrorism and deradicalisation measures under broad application, particularly the impact on the rights of Uyghurs and other predominantly Muslim minorities," she said during an online press briefing on Saturday.

Witnesses and rights groups say more than one million people have been detained in so-called "re-education camps" in the western Chinese region that aim to destroy the Uighur culture and forcibly integrate them into China's Han majority.

Beijing denies the genocide allegations and says it is offering vocational training to reduce the allure of extremism. 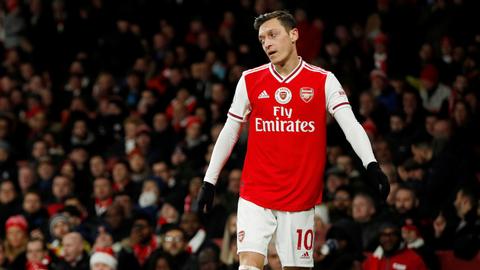