US Defense Secretary to visit warship in South China Sea

The United States Secretary of Defense Ashton Carter said on Friday that he will visit a US warship in Philippine-claimed waters of the hotly contested South China Sea.

"Later today, I will visit the aircraft carrier USS John C. Stennis, sailing in the South China Sea, after some of its sailors and Marines participated with you in Balikatan," Carter said in Manila.

Carter will visit an aircraft carrier transiting the disputed South China Sea where China has been increasingly asserting its territorial claims which is believed to have huge deposits of oil and gas.

The secretary made a similar visit to another warship in November that was crossing the South China Sea.

Brunei, Malaysia, the Philippines, Taiwan and Vietnam also have claims to parts of the waters, through which about $5 trillion in trade is shipped every year.

"With each Balikatan and each cruise by the Stennis, with each new multilateral exercise and each new defence agreement, we add a stitch to the fabric of the region's security network," Carter said in prepared remarks.

"This is the network - peaceful, principled, and inclusive - America continues to stand for, and stand with."

"Balikatan" is the name of joint US-Philippines exercises in Manila.

The US conducted its "freedom of navigation" patrols in the area which is sailing within 12-nautical mile territorial limits around disputed islands controlled by China to underscore its right to navigate the seas.

Chinese Defence Ministry said on late Thursday that China will "resolutely defend" its interests in the face of stepped-up US-Philippine military cooperation.

"The Chinese military will pay close attention to the situation, and resolutely defend China's territorial sovereignty and maritime interests," the ministry posted to the ministry's website.

The ministry also accused the allies of militarising the region and harbouring a "Cold War mentality."

"The joint patrols between the United States and the Philippines in the South China Sea are militarizing the region and are non-beneficial to regional peace and stability."

China claims virtually the entire South China Sea as its territory and is building man made islands there topped with airstrips and other infrastructure.

The statement also referenced China's long-standing opposition to US military alliances in the region which it regards as a form of unwelcome interloping that challenges its desired status as the pre-eminent military power in the Asia-Pacific.

"Strengthening the US-Philippine military alliance, boosting front-line military deployments and staging targeted joint military exercises is a sign of a Cold War mentality that is unbeneficial to peace and stability in the South China Sea," the statement said. 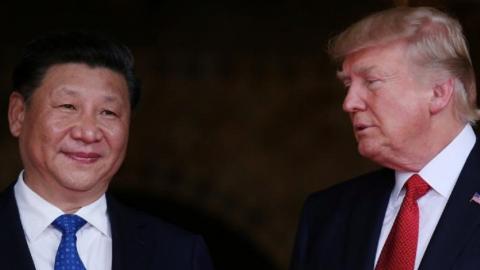 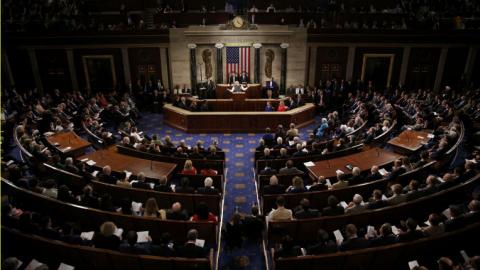