A federal US judge rejected adult film actress Stormy Daniels's defamation suit against US President Donald Trump but Daniels' lawyer has vowed to appeal the decision.

A US judge on Monday dismissed adult film actress Stormy Daniels's defamation lawsuit against President Donald Trump and ordered her to pay his attorney's fees, saying a tweet the president had written referring to her was protected by free-speech laws.

Daniels' lawyer, Michael Avenatti, said they would appeal the decision.

Daniels, whose real name is Stephanie Clifford, has said she had a sexual encounter with Trump in 2006.

She has said that in 2011, a man approached her in a Las Vegas parking lot and threatened her after she had agreed to talk about her experience with Trump in an interview. She then released a sketch of the man.

Trump responded by dismissing her claims in a tweet.

A sketch years later about a nonexistent man. A total con job, playing the Fake News Media for Fools (but they know it)! https://t.co/9Is7mHBFda

Daniels, who has also sued over a $130,000 hush money agreement over the alleged encounter, sued over the tweet, claiming it made her appear to be a liar.

Attorneys for Trump have sought to dismiss both lawsuits.

In his ruling, Judge S. James Otero said Trump's tweet was protected by freedom of speech.

"The Court agrees with Mr. Trump's argument because the tweet in question constitutes 'rhetorical hyperbole' normally associated with politics and public discourse in the United States. The First Amendment protects this type of rhetorical statement," Otero wrote. Otero presides over both lawsuits.

Charles Harder, Trump's lawyer, said the amount of the award for Trump's attorneys' fees would be determined later. 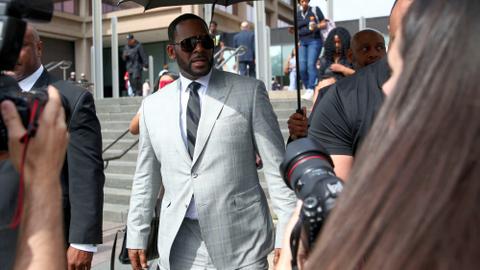