Steve Bannon, who served as Trump's strategy chief at the White House before being sacked in 2017, faces a minimum of 30 days in jail and a maximum sentence of a year for each count.

A federal jury found Donald Trump's former aide Steve Bannon guilty of contempt of Congress on Friday for defying a subpoena to testify before lawmakers investigating the assault on the US Capitol.

Bannon, who led Trump's 2016 presidential election campaign, was among hundreds of people called by a House of Representatives committee to address the storming of Congress by Trump supporters on January 6, 2021.

The 68-year-old Republican strategist did not appear on the summons date or provide requested documents, and was indicted on two charges of contempt of Congress.

The 12-person jury deliberated for less than three hours before finding Bannon guilty of both misdemeanor charges.

Bannon, who served as Trump's strategy chief at the White House before being sacked in 2017, faces a minimum of 30 days in jail and a maximum sentence of a year for each count.

Sentencing was set for October 21.

Speaking to reporters after the verdict, Bannon said, "We may have lost the battle here today but we're not going to lose this war.

"I stand with Trump and the Constitution."

Steve Bannon, who served as Trump's strategy chief at the White House before being sacked in 2017, faces a minimum of 30 days in jail and a maximum sentence of a year for each count. Our correspondent Yasmine el Sabawi reports more pic.twitter.com/CS1vmGUFtJ

Bennie Thompson and Liz Cheney, the chair and vice chair of the House committee, welcomed the verdict, saying "no one is above the law."

"The conviction of Steve Bannon is a victory for the rule of law and an important affirmation of the Select Committee's work," they said in a statement.

"Just as there must be accountability for all those responsible for the events of January 6th, anyone who obstructs our investigation into these matters should face consequences."

Presenting the government's case, prosecutor Amanda Vaughn told the jury that Bannon had made a "deliberate decision" not to obey the subpoena.

Bannon's attorneys did not call any witnesses during the brief trial and he did not testify in his own defense.

Bannon's lawyer Evan Corcoran denied his client had ignored the subpoena, saying the date was "the subject of ongoing discussions and negotiation" and "flexible."

The decision to hold Bannon in contempt was politically motivated, Corcoran said.

Vaughn said the House committee had cause to believe Bannon and other Trump advisors may have information on links between the White House and the Capitol rioters.

The committee investigating the riot at the US Congress has been told former President Donald Trump waited more than three hours before telling his supporters to leave the building pic.twitter.com/zw4khveXx7

According to the committee, Bannon spoke to Trump the day before thousands of his supporters stormed Congress in an effort to block the certification of Democrat Joe Biden's election victory.

They had been egged on by Trump in a fiery speech near the White House, during which he repeated his false claims of election fraud.

After refusing to testify for months, Bannon finally agreed to cooperate with the House investigation, a move prosecutors dismissed as a "last-ditch attempt to avoid accountability." 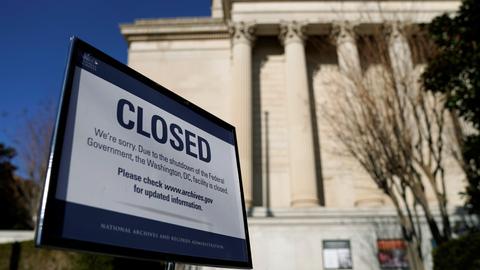