US President Trump promises to "never let America down"

Where his speech fell short, the White House provided an insight into what the Trump presidency would look like, posting several statements on foreign policy, trade and military.

With the lowest approval rating for any new president in decades, Trump took over from the first black president Barack Obama – who served for two terms.

He delivered one of the shortest addresses since former president Jimmy Carter in 1976. His 1,433 words borrowed heavily from his campaign speeches.

Where his speech fell short, the White House provided an insight into what the Trump presidency would look like, posting several statements on key policy issues on its website.

Most notably, a statement on the website, posted shortly after Trump took the oath of office, said he was "committed to eliminating harmful and unnecessary policies such as the Climate Action Plan" advocated by his predecessor Obama. All mentions of climate change were removed from the White House website as part of the transition of power to the new administration.

It now says Trump will focus on removing hurdles to domestic energy development that he argues will make the US independent of foreign oil.

Obama's climate plan proposed cuts to US carbon dioxide emissions, in part by preserving forests and encouraging increased use of cleaner renewable fuels.

Trump also signalled the possibility of a more aggressive approach against Daesh.

"Defeating ISIS [Daesh] and other radical Islamic terror groups will be our highest priority," the statement said.

"The Trump Administration will work with international partners to cut off funding for terrorist groups, to expand intelligence sharing, and to engage in cyber warfare to disrupt and disable propaganda and recruiting."

One of Trump's first actions as president was to send nominations for his cabinet to the Senate and call for a day of national patriotism, White House Press Secretary Sean Spicer said.

Violent protests erupted since Thursday mostly in Washington and New York as protestors expressed their rage at the Trump presidency. Police used pepper spray to contain crowds and more than 90 people were arrested.

More protests are expected on Saturday, with about 250,000 people converging on the capital to remind the country of the need to protect women's rights. 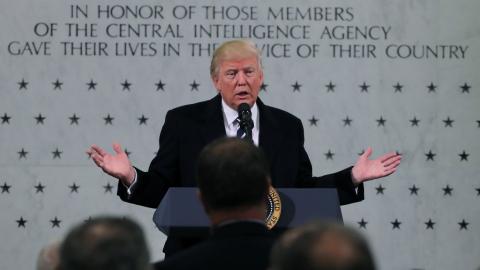 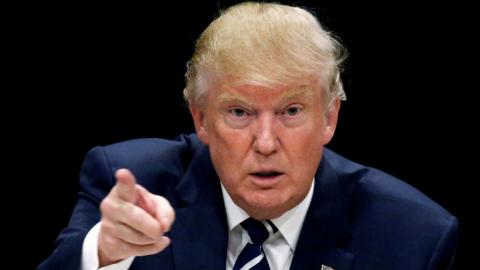