US revokes residency of Palestinian envoy

The move comes after the US administration announced closure of the Palestine Liberation Organisation's Washington office, which also serves as a Palestinian embassy.

Washington has revoked the residency permit of Husam Zomlot, head of the Palestine Liberation Organisation's (PLO) General Delegation to the US.

The US also cancelled the residency permit of Zomlot's family members and closed his bank accounts, Ahmad Majdalani, a member of the Executive Committee of the PLO, told Anadolu Agency.

The move came after the US administration announced the closure of the PLO's Washington office, which also serves as a Palestinian embassy.

Majdalani said Washington's decisions did not fit with "diplomatic manners."

Wasel Abu Yousef, a PLO executive committee member, said that Zomlot has been in Ramallah for four months.

Recently, the US cancelled all funding to UNRWA, the UN’s cash-strapped Palestinian refugee agency.

Palestinian Ambassador On The U.S. Shuttering Its PLO mission https://t.co/sRxUgKQGFy

The US administration is also preparing to unveil a controversial Middle East peace plan, details of which have yet to be made public.

Palestinian officials, however, have rejected any US role in the peace process since US President Donald Trump unilaterally recognised Jerusalem as Israel's capital last year. 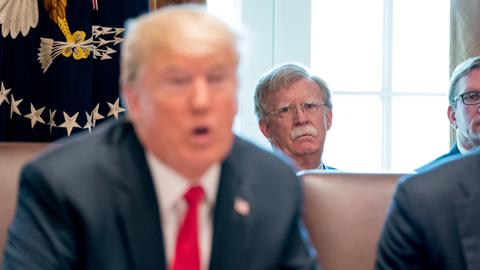