US still wants out of Paris climate pact: White House

Even though the US attended a meeting in Montreal on the agreement, the Trump administration says it intends to withdraw from the Paris accord.

The US attended on Saturday a meeting of ministers from more than 30 of the nations that signed the Paris climate-change agreement, but a White House statement said it will stick with plans to pull out of the deal.


The Wall Street Journal reported that Trump administration officials said the US would not pull out of the agreement and had offered to re-engage in the deal, citing the European Commission’s Miguel Arias Canete.

A Commission spokeswoman said at the Montreal gathering that Canete - commissioner for climate action and energy - had not said the US had changed its position on withdrawing from the deal. The White House said that the report was inaccurate.

“There has been no change in the United States’ position on the Paris agreement,” said White House spokeswoman Lindsay Walters.

“As the President has made abundantly clear, the United States is withdrawing unless we can re-enter on terms that are more favorable to our country.”

President Donald Trump announced in June that he would withdraw the nation from the 2015 global climate pact, arguing that it would undermine the US economy and national sovereignty. The decision drew anger and condemnation from world leaders.

Everett Eissenstat, the deputy director of the White House’s National Economic Council who led the delegation in Montreal, declined to comment.

Earlier in the day, Canete said that, “They (the US) have said they don’t intend to renegotiate the Paris agreement, but they will try to work on how to re-engage.”

The US used similar language in August, when it submitted a letter to the UN formally stating it intended to withdraw from the pact, adding that it would be open to re-engaging if the terms were favorable.

Ministers from Canada, the EU and other nations told reporters that they expect continued US participation in Paris Agreement talks. The withdrawal process will take until November 2020 to complete.

“While we understand that the US‘s position on the Paris Agreement has not changed, we are pleased that they continue to engage,” said Canadian Environment Minister Catherine McKenna.

Attendees also reaffirmed their strong commitment to the terms of the pact, which was signed by nearly 200 countries and seeks to limit further global warming to no more than 2 degrees.

China’s representative Xie Zhenhua said “The Paris agreement should not be renegotiated.” 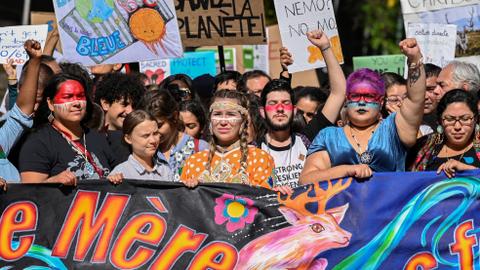 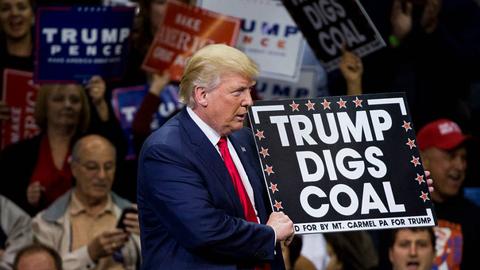