The July 30 election will choose 545 delegates to the special body that will rewrite late President Hugo Chavez's 1999 constitution. But the opposition is angry and is calling for early presidential elections.

Venezuela's government is set to press ahead with a vote to elect a constituent assembly on July 30, an official said on Sunday, prompting the opposition to blast the body as a sham designed to keep embattled President Nicolas Maduro in power.

Beset by near-daily street protests, Maduro in May announced a plan for a "constituent assembly" with powers to rewrite the constitution, in what he says is a bid to bring peace back to the oil-rich nation.

But opponents say, Maduro, helped by a compliant Supreme Court and National Electoral Council, is seeking to dodge national elections and ignore protester demands for an end to crushing food and medicine shortages.

"We're going to propose to the National Electoral Council (CNE) for its approval ... the date of July 30," the head of the CNE, Tibisay Lucena, said in a speech transmitted on state television on Sunday.

The opposition has vowed to boycott the constituent assembly and is instead calling for early presidential elections and respect for the existing Congress, which has been led by Maduro critics since early 2016. It called for a "sit-in" along Venezuela's main roads on Monday to protest the decision.

A burn victim died on Sunday of injuries sustained when he was set on fire during a protest against the president, becoming the 65th fatality in more than two months of anti-government demonstrations, a prosecutor said. Witnesses say a crowd of 100 surrounded the man, doused him with an accelerant before setting him alight.

The protests have been raging almost daily since April 1.

"He was the victim of an attack by fascists, a hate crime," Maduro said on his weekly TV show blaming national assembly speaker Julio Borges, one of the leaders of the protests.

However, opposition leader Henrique Capriles said all Venezuelans want justice for "Orlando and all the dead and wounded. The main guilty party: Nicolas Maduro."

Demonstrators blame Maduro, an elected socialist due to serve through January 2019, for the country's economic collapse as he has aligned it ever more closely with the communist-led Cuban model.

Lynchings and mob violence have become more common in Venezuela, with many feeling they have to take justice into their own hands due to widespread impunity and crime.

Over 3,000 people have been arrested since the start of protests, with about a third still behind bars, according to rights group Penal Forum. 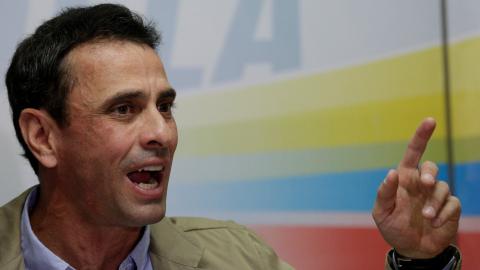 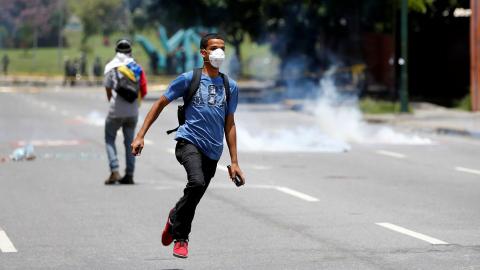 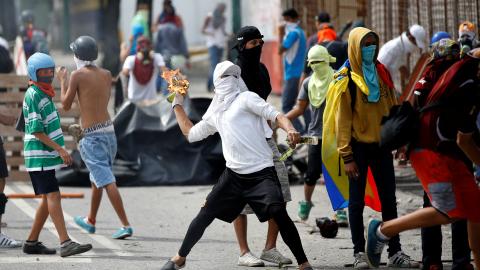 US orders Venezuela embassy families out as crisis deepens 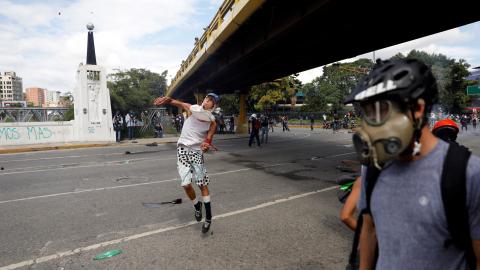 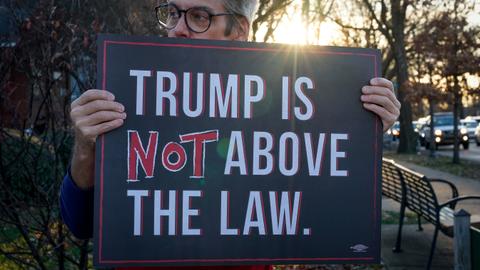