What does the end of "wet foot, dry foot" policy in the US mean?

The decades-old policy granted permanent residency to Cuban migrants who arrived illegally in the US. The decision to end it is being viewed as the Obama administration's last major foreign policy move.

The "wet foot, dry foot" policy gave preferential immigration treatment to those Cubans who made it to United States soil through illegal means. Those apprehended by the US Coast Guard at sea were sent back home.

The measure enacted in 1995, granted automatic residency to virtually every Cuban who arrived in the US, even if they did not have visas. The policy did not apply to immigrants from other countries.

Before the implementation of the provision, Cuban migrants who arrived illegally to American shores had to claim asylum in order to stay in the country. The policy was put in place to deter Cubans from mass migrating to the US as it, in most cases, meant undertaking a perilous journey by sea. However, it also showed that the US government would welcome civilians fleeing Fidel Castro's government.

Why has it ended?

"By taking this step, we are treating Cuban migrants the same way we treat migrants from other countries," a statement by US President Barack Obama said.

Critics have said that the policy gave preferential treatment to Cuba and instead of curbing the flow of migrants, the measure gave incentive to migrants to make the dangerous sea crossing to American shores.

This motivation to migrate was, in its later years, spurred by economic opportunities rather than a fear of political persecution.

Officials in Cuba argued that the policy spawned a human trafficking industry and enticed millions to flee the island causing a severe "brain drain" and slowing down the economy.

The country's top diplomat for US affairs, Josefina Vidal, said Cubans were "left vulnerable to human trafficking, migratory fraud and violence as a result of the incentives created by these preferential policies."

The move to scrap the policy has come amidst a thawing of relations between US and Cuba, a process that began in 2014 under Obama.

Cuban citizens, now, have the same immigration rights as citizens from any other country.

The statement by Obama said "effective immediately, Cuban nationals who attempt to enter the United States illegally and do not qualify for humanitarian relief will be be subject to removal."

Those who have already begun the residency process will not be subject to the change in policy.

Havana, while welcoming the move, has asked the US to repeal a similar act, the Cuban Adjustment Act of 1996, that also gives the Cubans preferential immigration status.

US President-elect Donald Trump has said that unless Cuba gives the United States a "better deal", he will dismantle the blooming relationship between the two states.

If Cuba is unwilling to make a better deal for the Cuban people, the Cuban/American people and the U.S. as a whole, I will terminate deal. 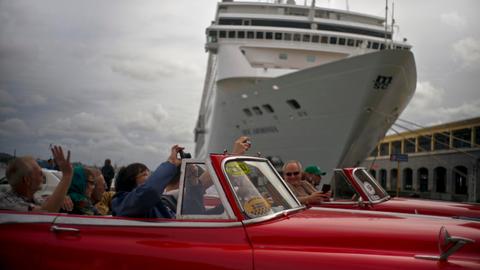 Despite US restrictions Cuba is having cruise boom