Will the US stop exporting tear gas to Hong Kong?

US lawmakers express concern that American-made equipment is being used by Hong Kong police against demonstrators.

In the United States, lawmakers have introduced a bill that would prevent the country from exporting tear gas to Hong Kong, where months of protests have seen clashes between demonstrators and police officers.

In a press release, US Representative Jim McGovern, a Democrat from Massachusetts, said that he was “deeply concerned that American-made police equipment is being used to violently crack down on peaceful protesters in Hong Kong”.

The bill proposes to “prohibit commercial exports of certain nonlethal crowd control items and defense articles and services” to police in Hong Kong, where tear gas and other less lethal weapons have been used to quell demonstrations.

In addition to McGovern, the bill was co-sponsored by Republican Chris Smith and Democrat Ro Khanna.

“If American companies are supplying the very weapons being used against pro-democracy activists in Hong Kong, the United States Congress is obliged to step in and act,” Khanna said in a statement.

“No American company should be profiting off of anti-democratic, violent tactics abroad.”

Protests kicked off in Hong Kong in March, when thousands took to the streets to rally against a controversial extradition bill introduced a month earlier.

In April, Hong Kong chief executive Carrie Lam’s government added amendments to the bill – which would allow for the extradition of individuals, including foreigners, to be sent to mainland China to stand trial.

Although Lam later declared the bill “dead” -- it has since been taken off the table -- and admitted to causing “unforgivable havoc”, large protests have gripped the Chinese-administered city throughout the summer and until now.

Some of the crowd control equipment the Hong Kong Police Force has deployed come from US companies, which have export licenses from the US government, according to a Buzzfeed report.

Since the demonstrations were first sparked, international human rights groups and many world governments have criticised the Hong Kong police for what they describe as a disproportionate crackdown.

In the most recent round of protests over the weekend, several protesters and journalists were attacked.

Sophie Richardson, Human Rights Watch’s China director, explained that some of the incidents for which Hong Kong police have been criticised during recent demonstrations involve the “excessive use of force”, including tear gas and rubber bullets.

Stressing the need for an independent investigation, Richardson told TRT World: “It is a worrying sign that instead of taking that idea seriously, Chief Executive Lam and others in the police continue to insist that the Hong Kong police's own investigative body is up to task.”

Earlier this month, Amnesty International called for a “full investigation” into the police response to the protests.

“A thorough and independent investigation into unnecessary and excessive use of force by police at protests is now needed more than ever,” Man-Kei Tam, Director of Amnesty International Hong Kong, said in a press release.

“We continue to call on all governments to suspend transfers of less lethal ‘crowd control’ equipment to Hong Kong until a full investigation is carried out and adequate safeguards are put in place.”

In the statement, Tam accused the Hong Kong police of deploying “tear gas and rubber bullets, inflaming tensions and leading to months of unrest”.

Those demonstrations had been called to mark the fifth anniversary of China’s move to ban democratic elections in the city.

Protesters had set fires in front of the parliament building and hurled Molotov cocktails, while police fired live ammunition into the air as warning shots.

In the past, Chinese state-run media has criticised rights groups – among them Human Rights Watch – for what China deems biased human rights investigations and reports, particularly into the country’s crackdown on the Uighur Muslim minority.

China has also lashed out at foreign leaders who criticised the crackdown on demonstrations in Hong Kong.

China also maintains that “foreign forces” are behind the protests, a claim that has been criticised by many human rights groups and observers.

Last month, US President Donald Trump called on China to “humanely” handle the ongoing crisis. He had previously described the rallies as “riots”.

In an apparent bid to win US backing, demonstrators have at times called on Trump to “liberate” Hong Kong and have waved American flags during rallies.

At the time of publication, the White House has not replied to TRT World’s request for a comment on whether Trump will back legislative efforts targeting China and the Hong Kong police.

In the US Senate, Democratic leader Chuck Schumer has requested Republican majority leader Mitch McConnell to bring a bipartisan bill that would allow for sanctioning officials in China and Hong Kong over their encroachments on the city’s autonomy.

Presidential hopefuls hoping to unseat Trump in the 2020 election have also called on the US to stand with demonstrators in Hong Kong.

Julian Castro, a Democrat from Texas, said last month that “the US must stand with them”, blasting Trump for repeating the “lie” that “the protests are ‘riots’”.

Another presidential contender, Democrat Elizabeth Warren, has said that Hong Kong protesters “deserve our support and the support of the world”.

During recent rallies, Hong Kong police have warned people to avoid protests on Twitter, saying that officers were using “corresponding force to disperse the demonstrators”.

The Hong Kong Police Force could not be reached for comment.

In the South China Morning Post, however, Chinese foreign ministry spokesperson Hua Chunying dismissed the US bill as hypocritical.

“If violent crimes similar to those in Hong Kong take place in the US, would those American Congress people maintain the same level of ‘benevolence’?” Chunying said.

“I wonder if the US congressmen want to use the anti-riot equipment inside the US for their own use?”

Human Rights Watch’s Richardson said that “the point is to disperse a crowd not make it stampede or to crush it,'' adding: “The what-aboutery is not a real answer.” 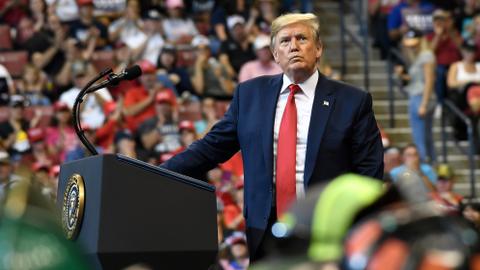 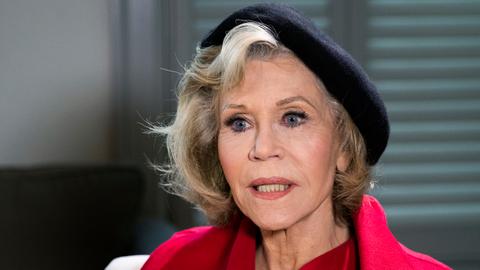