In what may be one of the most significant discoveries ever in archaeology in the Americas, researchers on Wednesday said stone tools and broken mastodon bones unearthed in California show humans had reached the Americas about 130,000 years ago, far earlier than previously known.

The researchers called five rudimentary tools – hammerstones and anvils discovered in San Diego County alongside fossil bones from the prehistoric elephant – relatively compelling evidence, though circumstantial, for the presence of either our species or an extinct cousin like Neanderthals.

The finding would radically rewrite the understanding of when humans reached the New World, though some scientists not involved in the study voiced scepticism.

"If the date of 130,000 years old is genuine, then this is one of the biggest discoveries in American archaeology," said University of Southampton palaeolithic archaeologist John McNabb, who was not involved in the research and called himself "still a little sceptical."

No human skeletal remains were found. But the stone tools' wear and impact marks and the way in which mastodon limb bones and molars were broken, apparently in a deliberate manner shortly after the animal's death, convinced the researchers humans were responsible. They performed experiments using comparable tools on elephant bones and produced similar fracture patterns.

"People were here breaking up the limb bones of this mastodon, removing some of the big, thick pieces of mastodon limb bones, probably to make tools out of, and they may have also been extracting some of the marrow for food," said archaeologist Steven Holen of the Center for American Paleolithic Research in South Dakota.

US Geological Survey geologist James Paces used state-of-the-art dating methods to determine the mastodon bones, tooth enamel and tusks were 131,000 years old, plus or minus about 9,000 years.

Some sceptics suggested alternative explanations about the material excavated beginning in 1992 at a freeway construction site, suggesting the bones may have been broken recently by heavy construction equipment rather than by ancient humans.

The researchers defended their conclusions, published in the journal Nature. "It's hard to argue with the clear and remarkable evidence that we can see in all of this material," said archaeologist Richard Fullagar of Australia's University of Wollongong, calling the conclusions "truly incontrovertible."

Our species, Homo sapiens, first appeared in Africa about 200,000 years ago and later spread worldwide. Timing of the New World arrival has been contentious. Genetic data suggests it was roughly 23,000 years ago, though archaeological evidence is lacking.

The researchers said the humans at the site could have been Homo sapiens or an extinct species such as Neanderthals, already known to have lived in Siberia, or Denisovans, known from only scant remains.

Holen said humans may have walked from Siberia to Alaska on a now-gone Bering Sea land bridge or perhaps traveled by boat along the Asian coast, then over to Alaska and down North America's western coastline to California.

But McNabb wondered whether there was anything in the chemistry of the soil or ground water that might have affected the way the date of the material was calculated, and whether anything else could have produced the impact and damage patterns on the material other than humans. 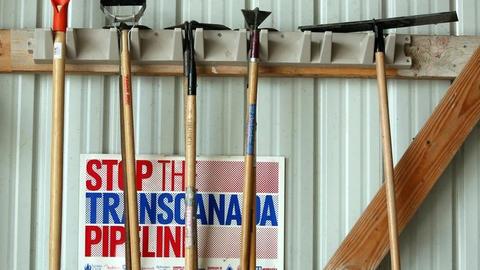 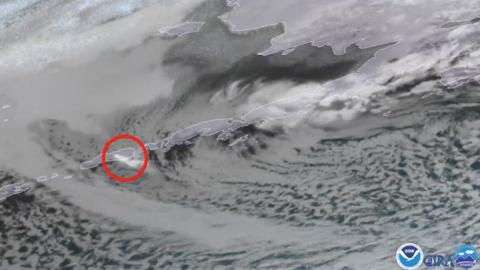