Are cyber pirates holding the Pirates of the Caribbean sequel hostage?

Hackers claiming to have access to an unreleased movie have threatened to release several minutes of the film unless the ransom is delivered in Bitcoin, says Disney chief Bob Iger. A Pirates of the Caribbean sequel could be the film in question.

Disney chief Bob Iger said on Monday that hackers claiming to have access to one of the company's unreleased movies were demanding a "huge" ransom, according to the US media reports.

Iger did not reveal which film had been stolen but said that the company would not be giving in to the blackmail attempt, according to The Hollywood Reporter, quoting Iger from a meeting in New York with employees of the Disney-owned ABC television network.

The weekly reported on its website - citing multiple unnamed sources - that Disney is working with federal agents and monitoring for leaks online.

Movie website Deadline identified Pirates of the Caribbean: Dead Men Tell No Tales which opens on May 26, as the target, without revealing its sources, while some film writers speculated on Twitter that Pixar's Cars 3 due for release next month, might have been hit.

Although both films are expected to do well for Disney, their profits are likely to be dwarfed by another film on the company's slate - Star Wars: The Last Jedi which hits theatres on December 15.

Ryan Parker, a staff writer for the Hollywood Reporter, speculated about the profitability of hacking the Johnny Depp flick on Twitter.

IMO, if it were Last Jedi, he would pay in a heartbeat. But Pirates meh. https://t.co/qK2eNqWYki

The cyber thieves demanded to be paid in online currency Bitcoin and are threatening to release five minutes of the movie, followed by 20-minute segments until the ransom is delivered.

The hack follows a recent cyber attack on internet streamer Netflix that led to 10 episodes of Orange is the New Black being leaked ahead of release.

Dead Men Tell No Tales is the fifth in the Pirates of the Caribbean series, which stars Depp and has taken $3.7 billion at the box office since 2003.

Sci-fi novelist Paul Tassi, who comments on technology and the internet for Forbes Magazine, said Pirates would be unlikely to suffer were it the target, since its release date is so near.

"And like all movies, 'Pirates' would appear on torrent sites regardless practically the day of its release, so the hackers seem to be really over-estimating their impact here."

The Walt Disney Company didn't respond to requests for comment.

More than 200,000 computers in 150 countries were hit by a "ransomware" cyber attack, described as the largest-ever of its kind, over the weekend.

Since Friday, banks, hospitals and government agencies have been among a variety of targets for hackers exploiting vulnerabilities in older Microsoft computer operating systems.

Microsoft president Brad Smith said that the US National Security Agency had developed the code used in the attack. 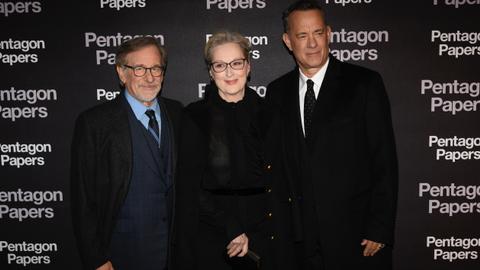 Spielberg's 'The Post' tells the story of Pentagon Papers 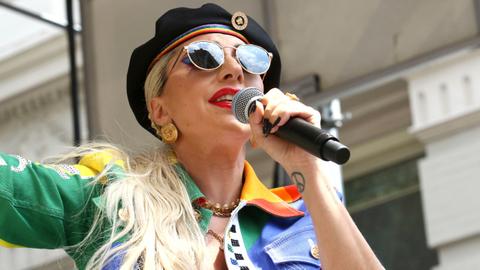