Apple declined to comment and a publicist for Shyamalan did not immediately respond to a request for comment.

Apple declined to comment and a publicist for Shyamalan did not immediately respond to a request for comment.

“Having a very personal labor of love stolen, which is what this case is about, is soul-crushing,” Gregorini said in a press release.

Gregorini’s lawyer, David Erikson, said in a statement that the similarities between the two works “are so pervasive, and so grounded in my client’s highly creative and uniquely personal artistic choices, that the idea they might have resulted from coincidence is preposterous.”

Shyamalan, known for his film-ending twists, has directed films including “The Sixth Sense” and “Signs.”

Tony Basgallop, the writer and creator of “Servant,” was also named as a defendant in the lawsuit.

“Servant” and “The Truth About Emanuel” both tell the story of a mother who, grieving the death of her baby, forms an attachment to a realistic doll who she believes to be alive. In both works, a teenage nanny goes along with the grieving mother and cares for the doll as if it were alive.

Gregorini’s lawsuit alleged that there are also striking similarities between scenes, themes, and settings in the two works.

Apple TV+, the iPhone maker’s entry into the crowded streaming TV market, debuted on Nov. 1 with four TV series for adults, an episode of “Oprah’s Book Club,” a nature documentary, and three children’s series. Additional programming is being added.

All of the programming is original because, unlike Netflix Inc and Disney+ from Walt Disney Co, Apple does not have rights to a back catalogue of TV shows and movies.

The Netflix decade: How one company changed the way we watch TV 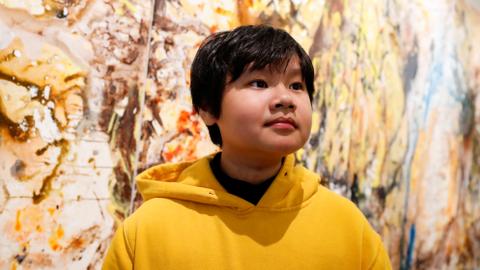