With millions of restless children currently cooped up inside by the coronavirus outbreak, the timing could not have been better for the world's largest entertainment company.

Princess Elsa from "Frozen" will be unleashed across Europe in her glitter heels next week as Disney launches its digital streaming platform on the continent.

With millions of restless children currently cooped up inside by the coronavirus outbreak, the timing could not have been better for the world's largest entertainment company.

The US giant is hoping its subscription of $7.52 (6.99 euros) a month will be a small price to pay for stressed-out parents struggling to entertain their kids from dawn to dusk.

Everything from timeless classics like "Cinderella" and "Pinocchio" right up to the "Marvel" series, "Toy Story", "Monsters Inc", Finding Nemo" and "Ratatouille" will all be on the menu.

All the "Star Wars" films except the most recent one and an archive of 640 episodes of "The Simpsons" will be among the other big draws.

Disney+ launched in the US, Canada, New Zealand, Australia and the Netherlands last November.

With its vast back catalogue, it has already clocked up 29 million subscribers despite a crowded field dominated by Netflix, Amazon Prime Video and Apple TV.

Belgium, Portugal and the Scandinavian countries will have to wait until the summer.

French families will have to wait a further fortnight after the government there asked Disney to hold back for fear of slowing down the internet.

Disney told AFP Saturday that it would lower the quality of its stream by a quarter elsewhere in Europe so as not to overload systems.

Disney said it was eagerly anticipating the European launch.

"There is a lot of expectation in Europe and we are very confident," said Kevin Mayer, who is in charge of rolling out the service.

"We hope the launch will go as well as in the US, or even better, as we have been able to test the technology," he added, trying to put a positive spin on the problems the platform encountered on its first day five months ago due to high demand.

Despite appearances, with coronavirus confinement measures keep millions in lockdown, Disney said the timing is far from perfect.

The pandemic has actually cast a shadow over events, according to Mayer.

"I would have preferred circumstances to be different," the executive told AFP.

"But if we can bring a bit of joy, alleviate the suffering caused by this virus, it will be very satisfying."

Disney has stopped production on some of its live-action movies, including "The Little Mermaid", amid growing concerns about the spread of the pandemic in North America, with cinemas also shutting.

Disney+ is set to be a major streaming player with over 500 films and 300 series from the Disney, Pixar, Marvel and "Star Wars" universe as well as National Geographic documentaries and docu-dramas.

But despite the varied content, the Disney catalogue is not as deep or diverse as that of Netflix, the market leader with 167 million subscribers in 2019.

"We don't have the same philosophy as Netflix. We will never have as much content. We hope to privilege quality over quantity," said Mayer.

"We think that we have the best content on Disney+ and content that you can't find elsewhere," he added.

And in order to adhere to EU law, Disney+ will also have to produce programmes in Europe.

"Over time our strategy is to keep exclusivity rights of Disney content even though content will always hit the big screen and we will occasionally give broadcast licenses," said Mayer.

Disney is aiming for between 60 and 90 million subscribers by September 2024. 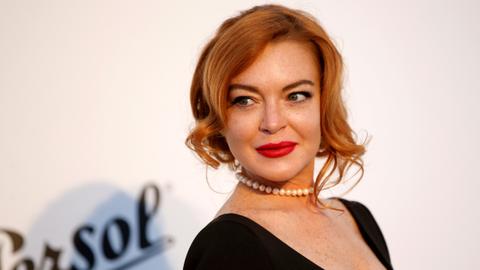