Pharmacists from Ethiopia and Germany studied Ranunculus multifidus, a buttercup with yellow flowers that has been used in traditional medicine against malaria and say it has promise, especially with chloroquine-resistant strains emerging.

Each year more than 400 000 people die of malaria – a preventable and treatable disease. An estimated two thirds of deaths are among children under the age of five.

The WHO says that the African region “shouldered more than 90% of the overall disease burden.”

While the death toll has gone down, progress has slowed, especially due to lack of funding, with the additional stress of Covid-19 to top it off. As a result, scientists are scrambling to find new ways to treat the disease.

A medicinal plant from the buttercup family was found to alleviate malaria symptoms. In some parts of Africa, a tea made from the leaves of the Ranunculus multifidus is already used to treat malaria. Scientists wanted to study the plant to see if it actually helped treat malaria.

"So far it was not known which ingredients the plant has and which of them might have a healing effect," says Professor Kaleab Asres from Addis Ababa University. Asres was already aware of the traditional use of the plant and initiated the study.

The active plant ingredient anemonin, according to a news release, could possibly bring about “a new approach” in the treatment of malaria. Extracts from Ranunculus multifidus “significantly alleviated the symptoms of infected mice,” the team from Arba Minch University (AMU), Addis Ababa University (AAU) and Martin Luther University Halle-Wittenberg (MLU) report in the journal Molecules.

"We infected the animals with the Plasmodium berghei parasite, which causes malaria in certain rodents including mice. In humans, malaria is caused by related species of plasmodia," says Betelhem Sirak from Arba Minch University.

The mice were divided into several categories: one group did not receive anemonin at all, but was treated with chloroquine, “an established and effective drug for treating malaria.” Other groups received varying doses of anemonin, from the buttercup plant. The news release makes it a point to note that the experiments “were carried out in accordance with internationally recognised guidelines for the keeping and care of laboratory animals.”

The results sparked hope: "Although the extracts did not work as well as chloroquine, they nevertheless had a clearly positive effect on the course of the disease. For example, the mice lost significantly less weight and their body temperature was also more stable than without treatment," says Professor Peter Imming from MLU.

The scientists were able to extract anemonin from Ranunculus multifidus, even though the plant “does not actually contain it,” says Imming. “Anemonin is formed when the plant is injured, for example when it is crushed and the inside of its cells comes into contact with air," Imming goes on to say. They imagine that that is the reason that the extracts prepared by crushing the plant showed the most promise.

While they do not know for sure, the scientists believe that anemonin, like chloroquine, “affects the parasite’s metabolism,” the news release notes, but “probably attacks it at a different location.” This is a significant find, because the parasites that cause malaria, plasmodia, have developed resistance to the primary drug of choice, chloroquine, in some areas of East and West Africa.

"Anemonin could have the potential to circumvent this resistance," says Imming. Yet because the way it works on plasmodia is unknown at the moment, further studies are needed to find out how and why it works, and to increase its effectiveness. If the studies are a success, then human testing will have to be carried out over several years to confirm its effectiveness in malaria patients.

This was the in vivo (tested on live animals) study. The researchers also did some in vitro (tested in a test tube) studies to see whether anemonin from Ranunculus multifidus works against other diseases that it is used against in traditional healing practices.

They tested anemonin on bacteria similar to tuberculosis, but the plant extract proved ineffective. This was not a cause for concern, however, because Imming explains that "A substance that attacks all types of cells would also attack human cells - and is therefore a poison."

The researchers also looked to see whether anemonin would work against two widespread parasite species, leishmania and schistosoma in a different study recently published in Molecules. They write that “The results obtained in this investigation indicate that anemonin has the potential to be used as a template for designing novel antileishmanial and antischistosomal pharmacophores.” In short, anemonin could one day be used for fighting leishmania and schistosoma parasitic infections, as well. 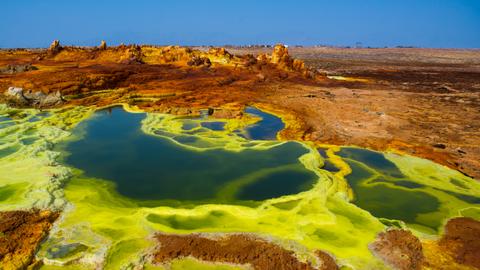