Bashar al Assad also said he hoped the US could more closely cooperate with Damascus ally, Russia, in its approach to Syria.

The new US administration's priority of fighting Daesh is "promising" but it is still early to expect anything "practical," Syrian regime leader Bashar al Assad said on Tuesday.

"What we heard as statements by Trump during the campaign and after the campaign is promising regarding the priority of fighting terrorists, and mainly ISIS [Daesh], that's what we've been asking for during the last six years. So, I think this is promising, we have to wait, it's still early to expect anything practical," regime news agency SANA quoted Assad as saying.

Assad has been fighting a six-year war to preserve his regime after the quashing of pro-democracy protests triggered a broader conflict that has drawn in regional powers, seen Daesh take control of swathes of the country, killed some 400,000 people, and made millions more homeless or refugees.

Assad said Trump's plan could include cooperation between the US and his main ally, Russia.

"It is going to be positive for the rest of the world, including Syria," he said.

Apart from his comments on Daesh, Trump has said he favours "safe zones" as a haven for people fleeing the ongoing war in Syria, which has created a flood of refugees into Turkey and Europe. During his election campaign, Trump called for no-fly zones to harbour refugees as an alternative to allowing them into the United States.

Assad's comments on Trump came a day after human rights NGO Amnesty International accused the Syrian regime of secretly hanging 13,000 opponents in the first five years of the civil war.

The Amnesty report is based on interviews with 84 witnesses, including guards, detainees, and judges. 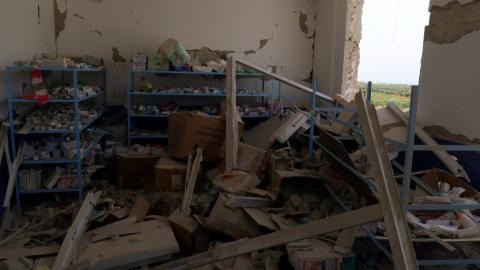 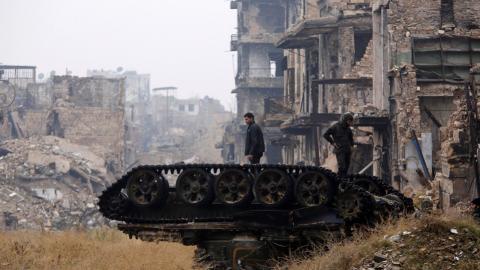 Q&A: The absence of a tribunal in Syria is a blow to international law