Australian police identify the attacker as Yacqub Khayre and say he has a long criminal history.

Australian Prime Minister Malcolm Turnbull said on Tuesday police were treating a deadly siege in the southern city of Melbourne as an "act of terrorism" after a claim by Daesh that one of its fighters was the gunman responsible.

Police identified the assailant as Yacqub Khayre, a 29-year-old Australian of Somali heritage. They added that he had a long criminal history.

Khayre was shot dead on Monday by police after he killed a man in the foyer of an apartment block in Melbourne, Australia's second-largest city, and held a woman hostage inside.

Senior officials confirmed that Khayre had been acquitted of a plot to attack a Sydney army base in 2009 and was on parole for a violent home invasion at the time of Monday's siege.

"This terrorist attack by a known criminal, a man who was only recently released on parole, is a shocking, cowardly crime," Turnbull told reporters in the capital, Canberra.

"It is a terrorist attack, and it underlines the need for us to be constantly vigilant, never to be deterred, always defiant, in the face of Islamist terrorism," he said.

Khayre first came to the attention of Australian counterterrorism police in 2009, when he was one of five men accused of plotting an attack on Sydney's Holsworthy Army base to kill soldiers. Three of the men were convicted, while Khayre and the fifth man were acquitted.

In 2010, the Victorian Supreme Court was told during that case that Khayre had been a worshipper at a Melbourne mosque and at a nearby prayer hall.

The court documents also showed that Khayre migrated as a child with his family to Australia through a Kenyan refugee camp. He was recognised as a refugee under Australia's humanitarian migration program and later became an Australian citizen, police said.

Australian police also said they were investigating the siege as an act of terrorism after Daesh claimed responsibility via its Amaq news agency.

Amaq said the attack was launched to exact revenge for Australia's participation in a US-led coalition fighting against Daesh in Syria and Iraq.

Police said they were investigating whether Khayre had any established links with the group.

The country has been on heightened alert for attacks by homegrown radicals since 2014. In December of that year, a gunman killed two hostages during a 17-hour-long siege at a popular Sydney cafe.

Since September 2014, police have foiled a dozen terrorist plots and made 63 arrests, Australian Prime Minister Malcolm Turnbull said on Monday. 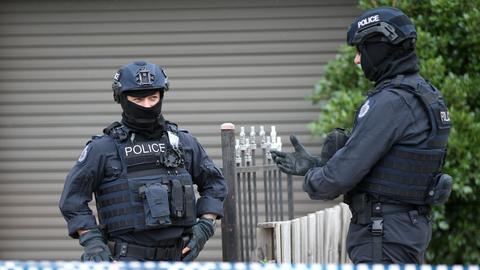 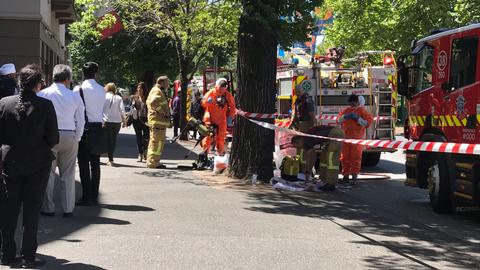