The authorities in the Philippines have hit the rebels' logistics hard, cutting off key supplies and seizing large amounts of weapons and explosives.

Maute militants holed up in the southern Philippine city of Marawi have been reduced to a "small resistance" after troops crippled their logistics. Some fighters have fled from the battle, military officials said on Thursday.

"In a few more days it could be over," armed forces Chief of Staff General Eduaro Año told ANC television on the seventeenth day of the siege.

The offensive to take back the city from pro-Daesh Maute militants has been going on for more than two weeks.

Nearly 200 people have been killed and over 170,000 have been forced from their homes.

The battle for Marawi City has raised concerns that Daesh, which is on the back foot in Syria and Iraq, is building a regional base on the Philippine island of Mindanao, further posing a threat to neighbouring Indonesia, Malaysia and Singapore.

Officials said that among the several hundred militants who seized the town on May 23, there were about 40 foreigners from Indonesia, Malaysia, India, Saudi Arabia, Morocco and Russia's restive Chechnya region.

The seizure of the town suggested to many that pro-Daesh factions wanted to establish it as their southeast Asian "wilayat" – or governorate – a fear reinforced by video footage the military found last week showing the fighters plotting to seal the town off completely.

On Thursday a Philippine senator said members of the upper house were last week shown the footage of the militants, led by a group known as Maute, plotting a far more sophisticated siege of Marawi City than the attack they launched there on May 23.

"It was clear that these terrorists, the Maute group, their end goal is to make Marawi ... independent, or to separate from the republic," Senator JV Ejercito said on Thursday.

Major General Carlito Galvez, head of military command in the region, said government troops had entered three neighbourhoods from which the militants had pulled back after two weeks of defence that relied heavily on snipers.

"We saw food, IEDs, mobility assets. Considering we have paralysed logistics capability, we are looking at the possibility that the end will be near," he said.

With their ability to fight "degraded," some of the militants have fled, military spokesman Restituto Padilla said in a radio interview, adding that nine had surrendered and were providing "good intelligence." 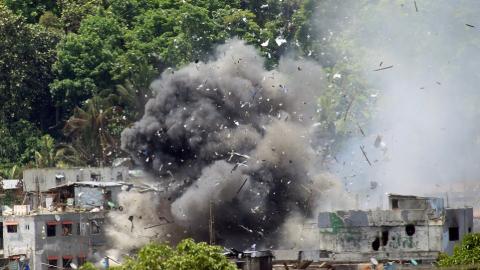 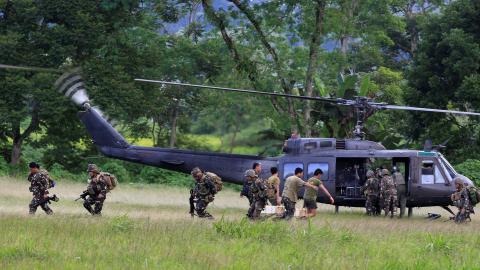 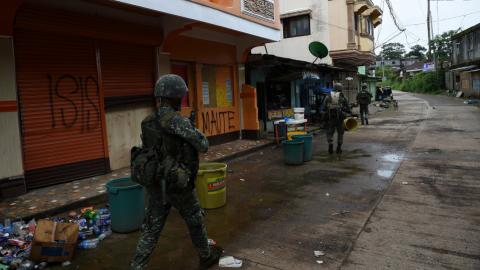 Philippines to extend martial law in south until year end