In an attempt to drive out rebels from the besieged Marawi City, the Philippine military accidentally dropped bombs on its own troops.

In a major blow to efforts that are aimed at defeating fighters linked to the Maute group, an air strike in the Philippines killed 10 soldiers during the military operations to drive Maute rebels out of a southern city, the defence minister said on Thursday,

Seven other soldiers were wounded on Wednesday, when two air force SF-260 close air support planes dropped bombs on a target in the heart of Marawi City, Defence Secretary Delfin Lorenzana said. The first plane hit the target but the second missed.

"It's very sad to be hitting our own troops, there must be a mistake somewhere, either someone directing from the ground, or the pilot," Lorenzana said.

Since the weekend, the armed forces used a combination of ground troops and rocket strikes from helicopters in an attempt to flush rebels out of buildings.

Wednesday was the first day the SF-260 planes were deployed.

The Daesh-linked Maute group has proven to be a fierce enemy, clinging on to the heart of Marawi City through days of air strikes the military has said are "surgical" and on known rebel targets.

Lorenzana said the military might suspend air strikes, describing the rebels as a small force that "cannot hold that long" but would carry out air strikes on locations where it believes Isnilon Hapilon, the so-called "emir" of the Daesh-linked group, and point man for Daesh's operations in the Philippines, is hiding.

He also said militants who were Saudi, Malaysian, Indonesian, Yemeni and Chechen were among eight foreigners killed fighting with the Maute rebels.

The unrest that started on May 23, between the rebels and military has left at least 100 people dead.

Tens of thousands of people in the mostly Muslim city have managed to escape. But many are trapped, and some have decided to fight the rebels. 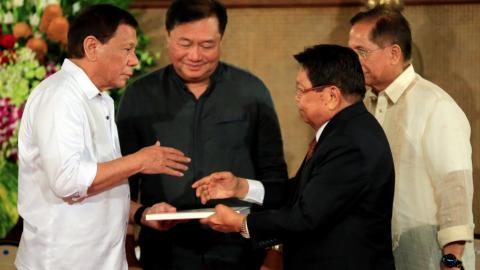 Duterte to expedite bill for self-rule in Philippine Muslim region 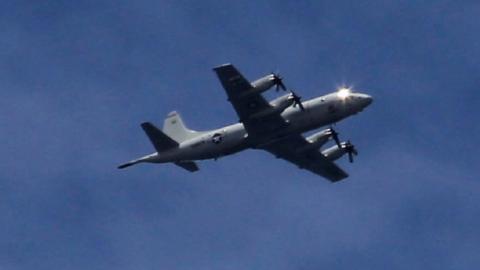 US joins battle as Philippines takes losses in besieged city