India seeks interim relief from the International Court of Justice in the case of an Indian naval officer who was convicted of espionage and sentenced to death.

India has approached the International Court of Justice (ICJ) to intervene in the case of an alleged Indian "spy" who was handed a death sentence by a Pakistan military court last month, the ICJ said in a statement on Tuesday.

India accused Pakistan of "egregious violations of the Vienna Convention" in the matter of Kulbushan Sudhir Jadhav, an Indian navy official (alias Hussein Mubarak Patel) who was arrested on charges of espionage in 2016 in Pakistan's restive Balochistan province.

The region is known for its long-running conflict between Pakistani security forces and a militant separatist movement.

Pakistan claims Jadhav confessed to being tasked by India's intelligence service with planning, coordinating and organising espionage and sabotage activities in Balochistan near the Iranian border with the aim to "destabilise and wage war against Pakistan." India denies the charge.

India's application to the ICJ sought "provisional measures" from the Court and "immediate suspension of the sentence of death awarded to the accused."

It urged the Court "to declare the decision illegal being violative of international law and treaty rights and restrain Pakistan from acting in violation of the Vienna Convention."

On Wednesday, Indian media claimed that the ICJ had ordered a stay on Jadhav's execution.

Indian External Affairs Minister Sushma Swaraj wrote on Twitter that she spoke with the mother of Jadhav and told her about the ICJ president's order.

I have spoken to the mother of #KulbhushanJadhav and told her about the order of President, ICJ under Art 74 Paragraph 4 of Rules of Court.

The ICJ press statement doesn't say whether the court stayed the execution. There was no immediate comment from Pakistan.

Vienna convention does not apply to espionage and terrorism nor ICJ can over turn a verdict given by a sovereign court. #HangKulbhushan

Pakistan accuses India of helping the separatist movement in Balochistan, a charge denied by India. In turn, the government in New Delhi says Pakistan aids rebel fighters in India-administered Kashmir, which Pakistan claims to be its territory.

Pakistan denies backing Kashmiri rebels, saying it only offers political support to the Muslim people of the disputed region where rebel groups have largely been suppressed by Indian forces in recent years.

Good that India took the Kulbushan case to ICJ. Now Pakistan's turn to take HR violations in Kashmir to the ICJ besides the UN. Name & shame

However, public opposition to Indian rule in Kashmir remains deep and is now principally expressed through street protests marked by youths hurling stones at government forces. 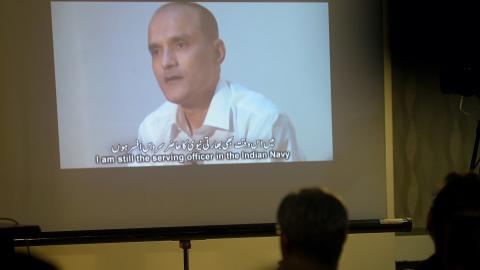 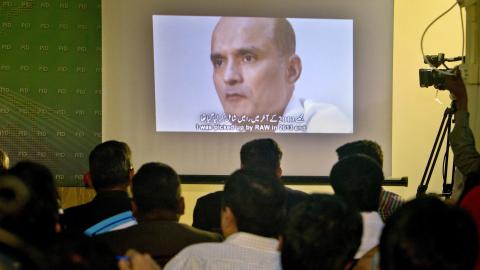