However, officials say they do not have any contact with the Indians suspected to have been abducted by Daesh in 2014. Indian foreign minister Sushma Swaraj refuses to declare the missing as dead.

New Delhi has been pushing for information on the whereabouts of its 39 citizens who went missing in Iraq in 2014 after Iraqi forces liberated Mosul early this month.

Around three years ago, 40 men who worked for a Baghdad-based company, Tariq Noor Al Huda, were reportedly abducted by Daesh in Iraq. Most of them belonged to the north Indian state of Punjab. One of them managed to escape.

Indian foreign minister Sushma Swaraj has asserted that Iraq never claimed that the missing nationals were dead and she would not commit the "sin of declaring anyone dead without any proof".

"We cannot give any update because we are not hundred percent sure whether they are alive or (not)," said Swaraj.

However, India has lost contact with its missing citizens.

TRT World's Ben Said has more on the story.

Indian officials still believe the missing citizens could be alive and that things will only become clear once the fighting stops.

Families of the hostages accuse the government of keeping them in the dark about their relatives' fate.

Iraq says it's doing all it can to find the missing people. Earlier, Iraqi foreign minister Ibrahim al Jaafari stated that despite not being entirely sure whether the missing Indians were alive, his government was doing everything to trace their whereabouts.

Many foreign nationals, members of religious minorities and Iraqis have been reported missing or are unaccounted for since 2014. 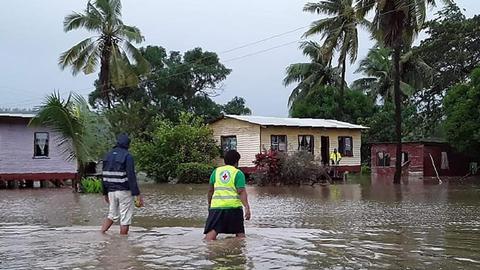