The five decapitated civilians were found among 17 others in the besieged city of Marawi. The town has been under the siege by the Maute militant group that has pledged allegiance to Daesh.

The decapitated bodies of five civilians have been found in Marawi city occupied by the Maute militant group, the military said on Wednesday, warning the number of residents killed by "atrocities" could rise sharply as troops retake more ground.

Five victims among 17 other bodies retrieved were decapitated during the five-week standoff by militants loyal to Daesh.

This would be the first evidence of decapitation as some who escaped the city have previously reported.

Lieutenant Colonel Emmanuel Garcia of the Western Mindanao Command said in a text message to reporters the five decapitated were found with the other 17 civilians killed by militants.

Garcia did not respond immediately to repeated requests for more details.

It was not clear when the bodies were found.

A civilian rescue worker, Abdul Azis Lomondot, said earlier that there were body parts found on Wednesday, but there was "no proof of beheading."

The battle for Marawi entered its 36th day on Wednesday, with intense gunfights and bombing in the heart of the town and black-clad fighters seen from afar running between buildings as explosions rang out. Marawi is on southern Mindanao island.

The rebels' hold on Marawi, while incurring the full force of a military for years trained by its US counterparts, has much of the region on edge, concerned that Daesh's influence may run deeper than thought.

Those fears are also being felt in Malaysia and Indonesia, whose nationals are among the Maute group of rebels fighting in Marawi, suggesting the group may have built a cross-border network that has gone largely undetected.

Military spokesman Restituto Padilla said it was likely that many civilians had been killed and the death toll – already at 27 before the latest 17 were announced – was only what the authorities could confirm independently. He said a "significant number" of dead had been seen by those who had escaped fighting.

"(It) may increase significantly once we are able to validate all this information," Padilla told reporters.

"There have been a significant number that have been seen but again, we cannot include many of these," he said.

Padilla said the cause of those deaths would be "atrocities committed by the terrorists."

Among those atrocities, the army says, have been residents being forced to loot homes, take up arms, or become sex slaves.

Some 71 security forces and 299 militants have been killed and 246,000 people displaced in the conflict, which erupted after a failed attempt on May 23 to arrest a Filipino militant commander backed by Daesh's leadership. 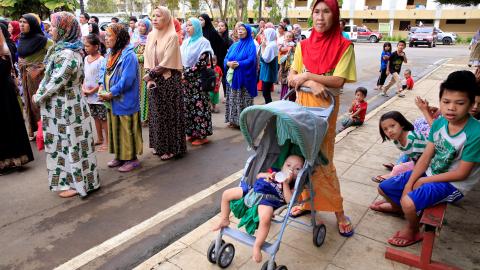 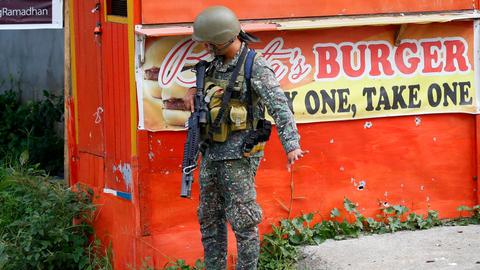